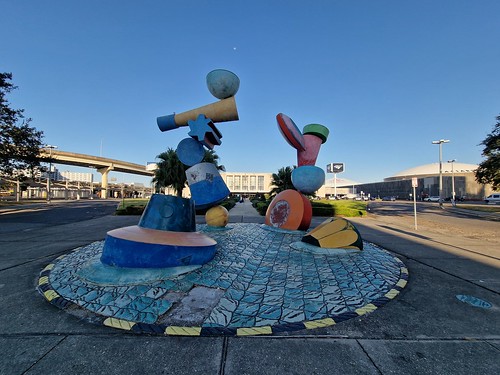 This is the sculpture outside of the New Orleans Amtrak railway station which made me quite fancy a large bag of liquorice allsorts. 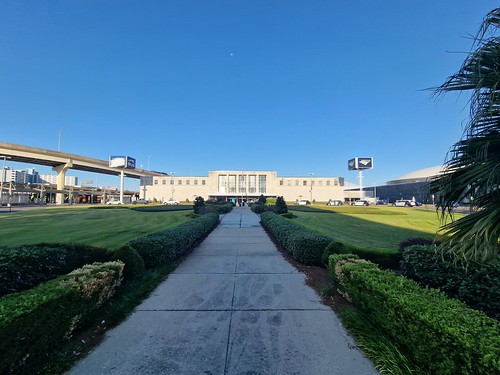 I’ve just spent a little too long wondering whether that’s the moon or some mark on my phone camera, but I won’t digress there. This is the Union Amtrak railway station and Amtrak coach station in New Orleans and that’s a traditional American beauty of a construction. It was opened in 1954 at a time when it was the heart of long-distance public transportation, but then cheaper air travel came along. Although the decline of the railroads was already inevitable at this stage because of greater car ownership and this station replaced five others in the city, but there’s still an air of confidence and self-belief about it. Incidentally, the decision to knock the other stations down in the 1950s is though perhaps something of a mistake, they could have been repurposed and their grandeur maintained. 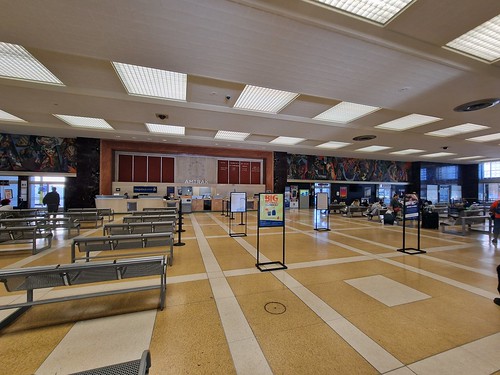 The interior harks back to another time, but this should be cherished for its under-stated glamour and I hope that they don’t try and modernise this too much. The seating seems wrong though, although I can’t find some older photos but perhaps they would have had some tall back wooden seats there originally. The murals by Conrad Albrizio are from the opening of the railway station and they depict the history of Louisiana. 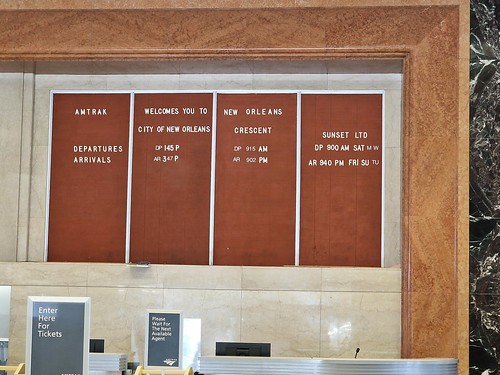 I can think of very few railway stations where there aren’t automated electronic boards. The staff at New Orleans have no such luxury, but what is perhaps the most sad about this is just how few trains there are operating from the station. Despite my previous comments, I do accept that this board could be just a little bit modernised. 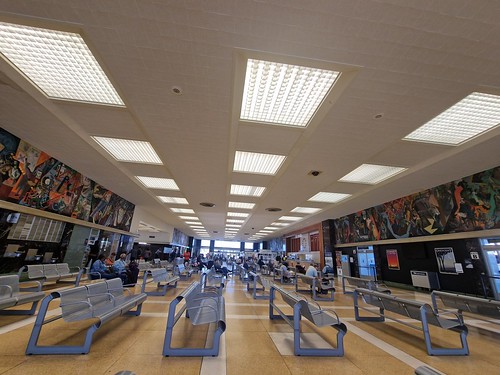 Quiet chatter and a tangible sense of anticipation of this sort can only be found in these distinctly unbusy Amtrak stations. I of course very much like the grandeur of the large stone railway stations such as in Chicago Union Station  and the modern and shiny railway stations such as in New York Moynihan, but this speaks to a specific period of the history of the US, it’s all just very 1950s. 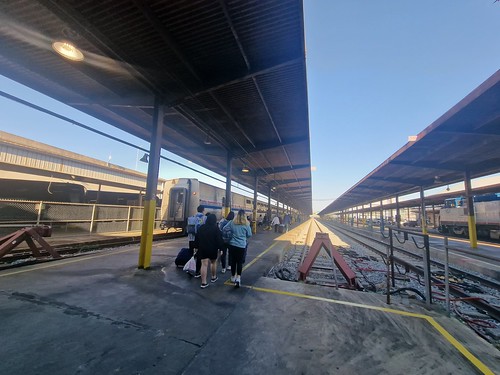 After sitting down for around twenty minutes I was surprised to hear that they were boarding my train to Birmingham, Alabama early. I’m not sure that I’ll be returning to New Orleans for a fourth time any time soon given its new status as one of the most dangerous cities in the country, but I hope I’ll get to see its railway station at some point just to check they haven’t changed it too much. But one of the advantages with stations such as this is that it’s unlikely that there will ever be a big enough surge in passenger numbers to justify knocking it down to create anything else.