Well, we’re off (I say we, it’s just me on this trip) and the first part of the expedition was getting to Heathrow T5. Luckily my ever-ready friend Liam was willing to take me to Heathrow T5, avoiding a potentially expensive hotel which I would have only been in for a short period of time. 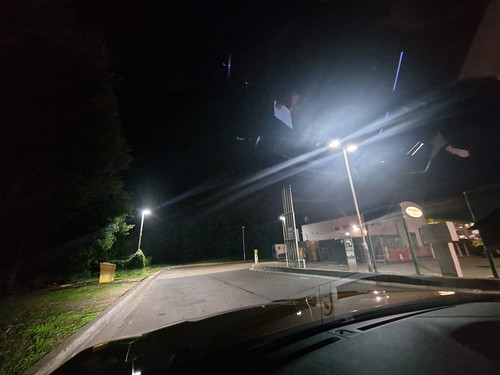 As Liam has an electric car we had to factor a couple of charging points, with the first meant to be at Harlow. However, a hoard of taxi drivers (is that the correct name?) were using the facilities and we would have been quite some time waiting for them. They’re not in the photo, I didn’t want to look rude by taking a photo of them. There seem to be ever more electric charging points being added to the network, but it’s still not comprehensive coverage and there’s little protection from a queue of taxi drivers wanting to use them. 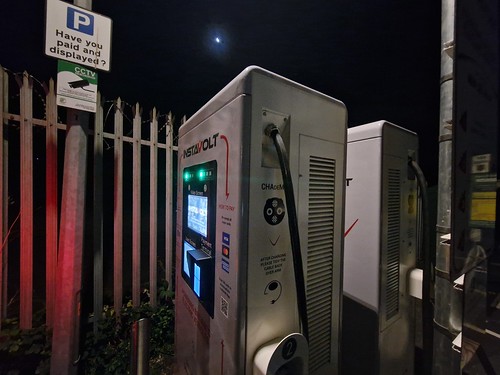 We drove on a bit and found what seemed a slightly ridiculous set-up at a business park which seemed in the dark to be in the middle of nowhere. I’m sure it’s very vibrant in the day, but it felt rather shady at night. 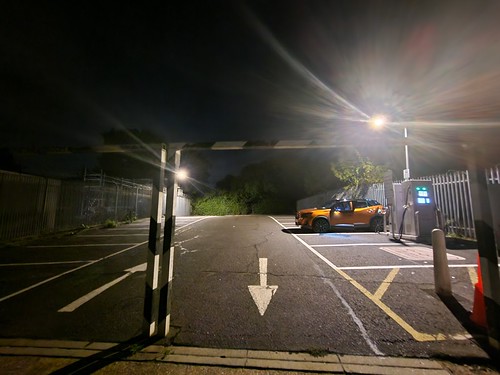 Car charging doesn’t get any more decadent than this. Parking is free on Sunday, so I got a ticket printed from the machine in case we were meant to have one. I didn’t expect to see a parking attendant though at this time of the morning. 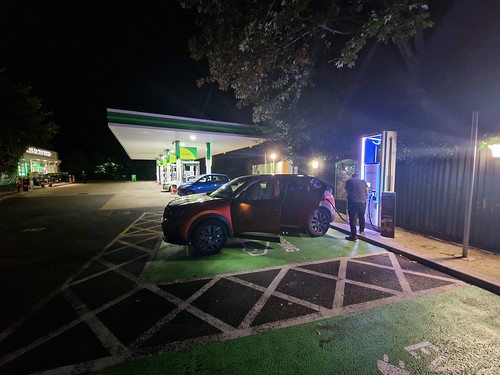 All was going very well, Liam’s had checked the app of where people were charging and that saw us glide into our second location at Gerrards Cross in Buckinghamshire. He went off to get a coffee for £1, a perk that you get when charging cars at BP petrol stations it seems. After 25 minutes or so, we were good to to. 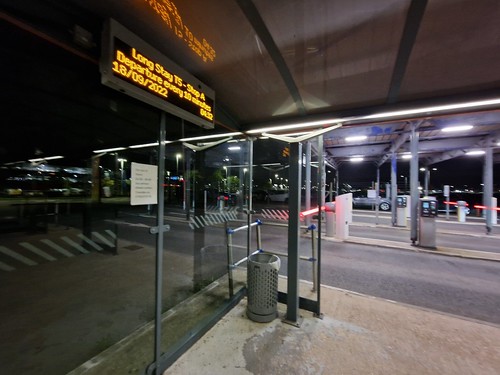 Heathrow annoys me, it doesn’t let you walk in, it has scrapped the free travel zone and it now charges for drop offs. Far from ideal, but they do at least allow free drop-offs at the long-stay car parking. You get 29 minutes to park there for free, with buses operating every ten minutes or so. Liam, who built some of Heathrow T5, was pleased to see that this is on the site of his former works car park. I did wonder where to get the bus from at first, then Liam realised that it was the huge big bus shelter at the entrance to the car park, which is a very sensible place to put it. 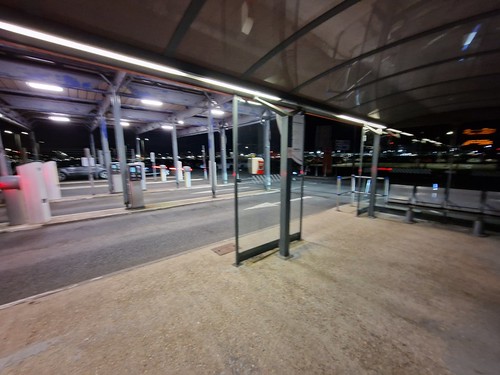 I was busy taking photos having just got to the bus stop when I realised that the bus to T5 was coming to the stop, Liam had timed the drop-off perfectly. So, it’s quite a blurry photo, but the driver had a big smile and seemed unnervingly content for 04:30 in the morning. 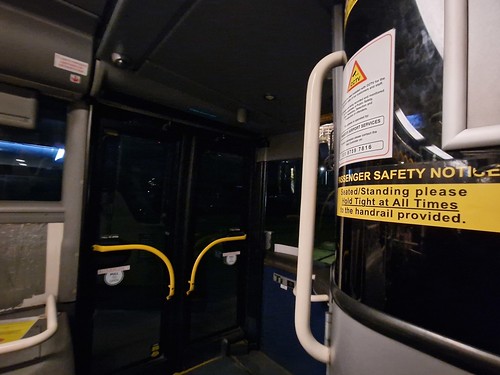 It’s only a five minute or so journey on the bus to Heathrow T5, so in terms of drop-offs, it is convenient and saves paying the £5 fee. 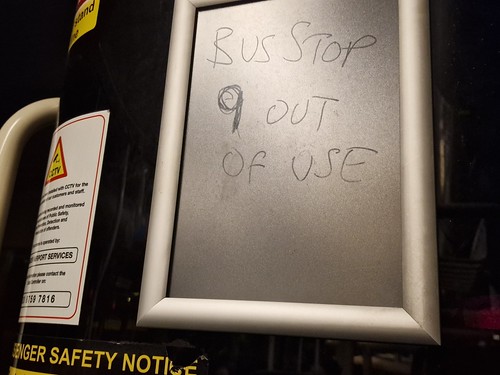 Some professional signage there. But the service was timely, the bus was clean and it’s fast and efficient, so definitely worth considering for those who want to avoid the Heathrow drop-off charges. I’m not sure if you’re meant to, but you could actually just avoid paying for the TFL bus into Heathrow T5 and just get on this bus from the long-stay car park. 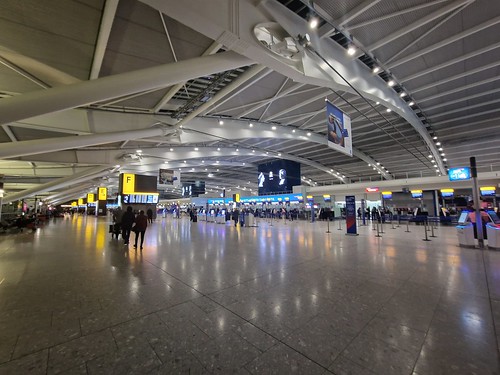 My obligatory “welcome to our home” photo, which has again come out blurry. I didn’t get the sleep that I had hoped for, which is also not ideal, but I’ll muddle on by. I’m not going directly to the United States, that’s not until tomorrow, I’m first going to Dublin. 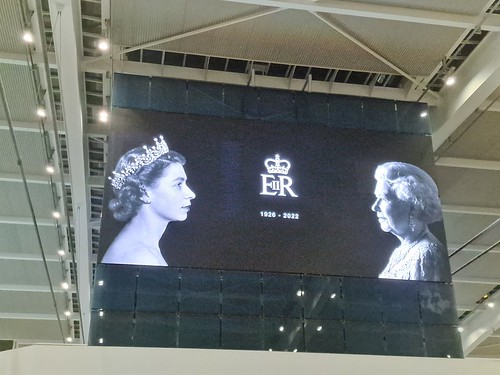 Heathrow is commemorating HM Queen Elizabeth II in numerous ways, including on these large signs.

Timing wise, this was all rather lovely, the security process took around twelve minutes and I arrived at the entrance to the lounge one minute before it opened at 05:00. Liam is getting very good at this timing thing (he has been known to cut things far too fine) and it was very kind of him to do the dropping off. Hopefully he has good fortune using the chargers on his way back to Norwich.