Another short post today, I was occupied with work related things for much of the day, before going on a little meander along the River Warta. 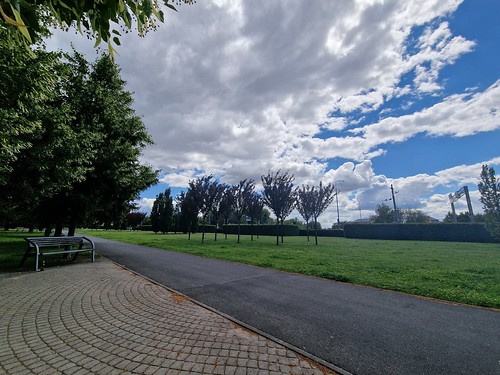 This is Park Tadeusza Mazowieckiego which was opened in 2014, named after Tadeusz Mazowiecki (1927-2013) who was the first non-communist Prime Minister of the Third Polish Republic between 1989 and 1991. The Polish authorities rarely celebrate any of the communist leaders and the timing was deliberate to mark 25 years of political freedom. 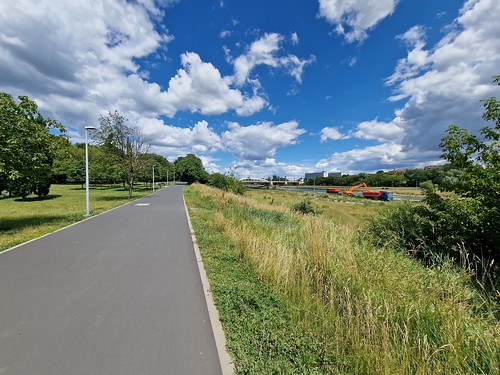 The city doesn’t have much development by the River Warta, although that’s primarily as this stretch of land floods which wouldn’t be ideal. 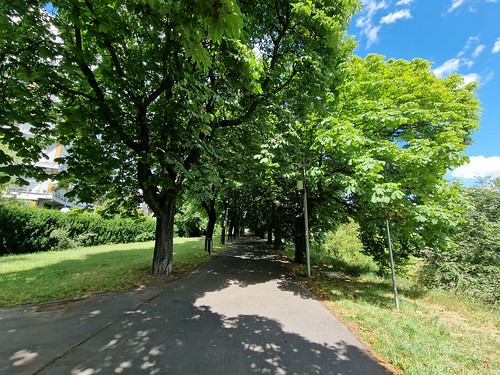 Unlike in the UK, where there’s apparently a heatwave at the moment, it’s quite cool in Poland, although the tree cover made it even more tolerable. 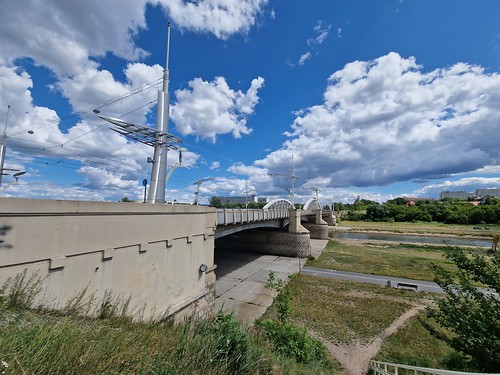 Most Świętego Rocha and although this bridge was constructed between 2002 and 2004, there’s been a crossing here since the fourteenth century. The wooden structure fell down in 1771 and it took longer than anticipated for them to build a new one, instead a ferry ran between the two sides of the river. After much dithering about and numerous failed attempts, a replacement bridge opened in 1913. It didn’t last as long as they might have wanted, as the Polish army blew it up in September 1939 to try and slow the advance of the German military. A temporary bridge was slung up (I’m not sure if that’s an engineering term, my friend Liam will know) in 1945 and a steel bridge stood here between 1949 and 2002. 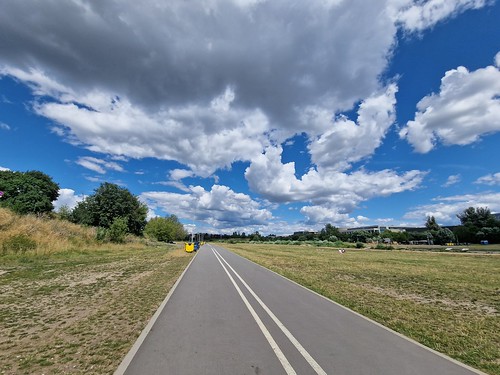 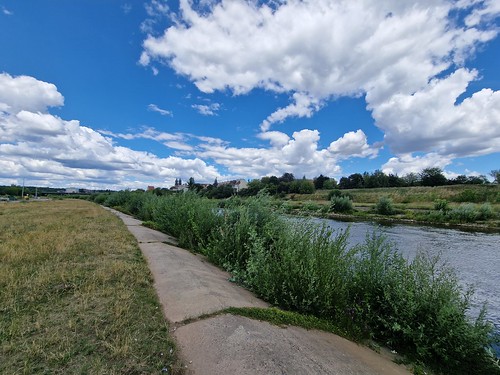 The river, with Poznan Cathedral visible in the background. 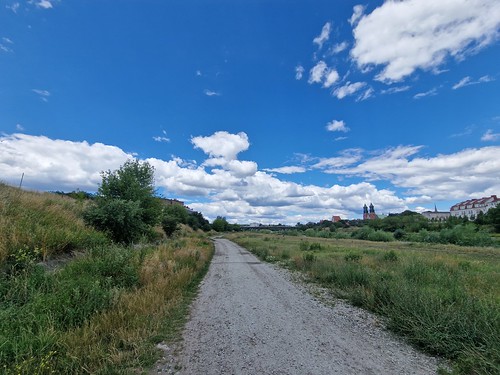 The firm track runs out half-way along, so I diverted up along the bank. 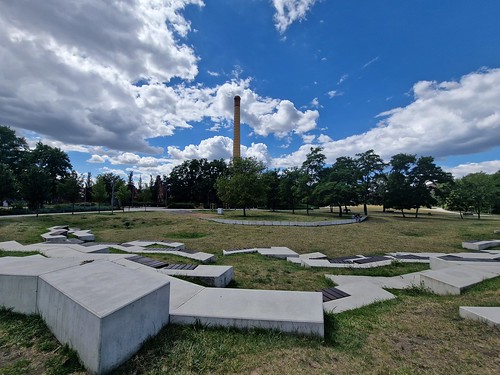 Park Stare Koryto Warty, which is on a stretch of land which was water until they dumped soil on it in the 1960s. It was turned into a park in 2015 and there’s quite a large playground for children as well as an amphitheatre arrangement. There has been some manipulation of the river around here in recent decades and apparently there are plans to make some further changes in the future. 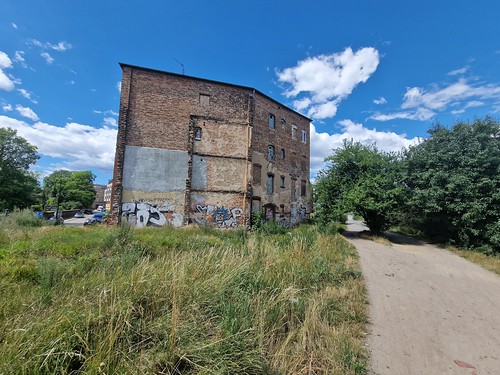 I’m always intrigued by old buildings, especially one where bits have been knocked off it. I have no idea what the building was used for, but it’s got a prominent riverside location, I can imagine it’ll be flats in twenty years. 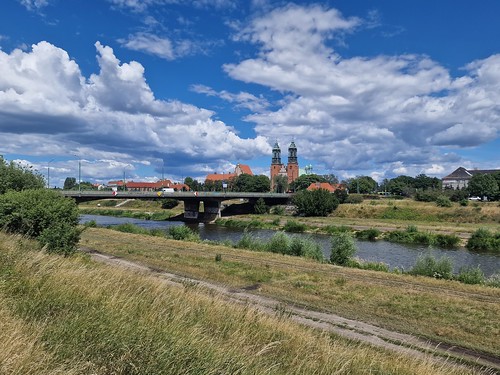 In the background is Poznan Cathedral which is located on Ostrów Tumski, or Cathedral Island. It doesn’t look it, but it is still an island and it’s where the city grew up from. 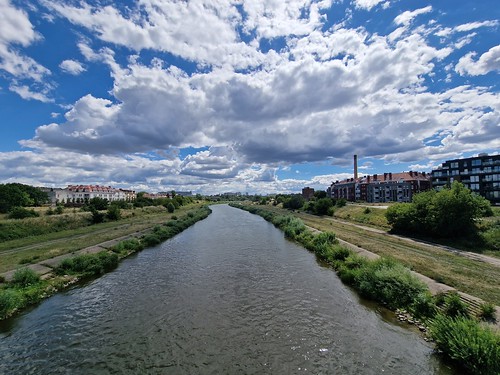 A view from the bridge, lovely and cool with all that cloud cover. 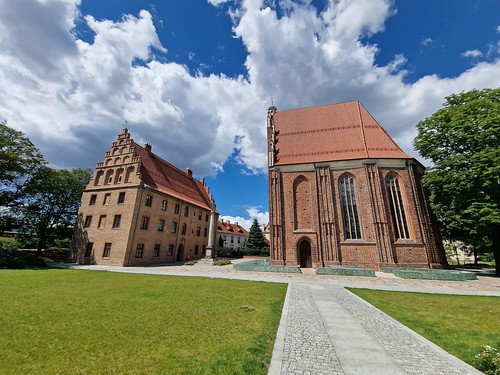 The Church of the Blessed Virgin Mary, located in front of the cathedral, which was built during the 1430s and 1440s and served as a collegiate church. It had started to fall apart by the middle of the nineteenth century, but a reconstruction of the building took place between 1859 and 1862. 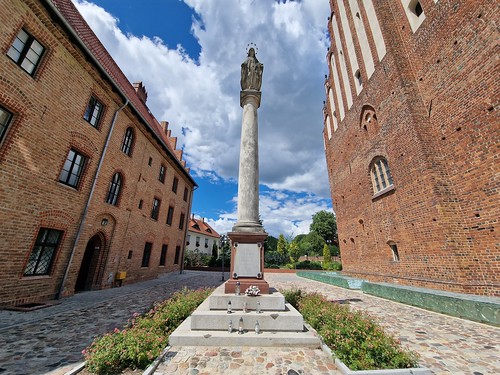 This column with a statue of Our Lady Immaculate dates from 1886. 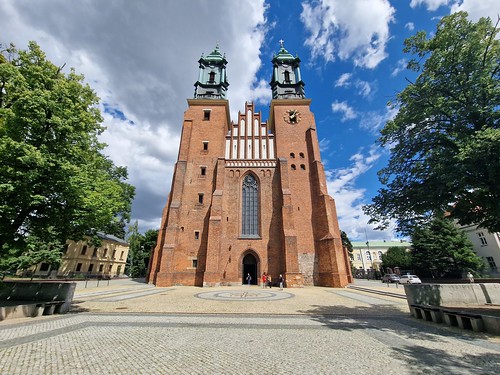 And then the main event, Poznan Cathedral, of national importance not just as one of the earliest Christian churches in Poland, but because numerous early Poland leaders, such as Mieszko I, the founder of the Polish state, are buried here. I’ve visited the cathedral a few times before, but I think they were mainly pre-blog (it’s hard to imagine such a time, I know). 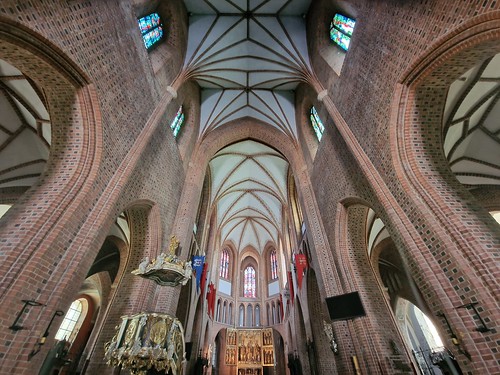 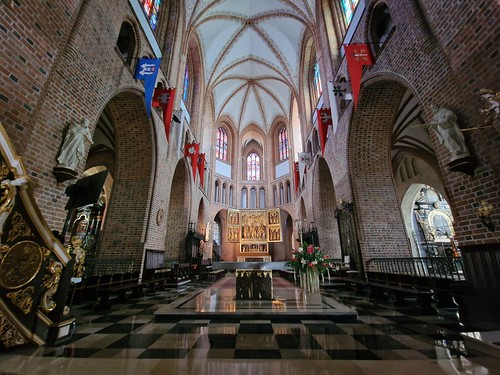 There were numerous rebuilds over the centuries, but a major one took place following the Second World War, when substantial damage was done to the cathedral. One minor advantage in rebuilding a cathedral after a disaster is that some archaeological features can be uncovered, and partly based on these it was decided to return the building to its Gothic style. 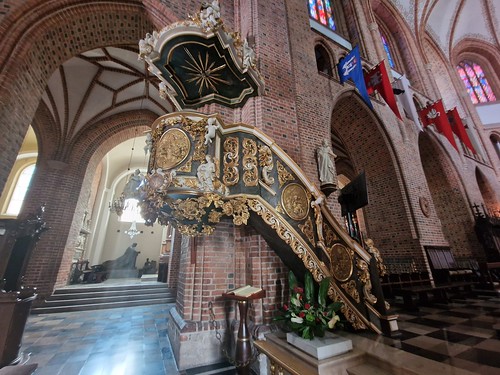 The grand pulpit is from the eighteenth century, although it’s not from here, it was brought from the church in Milicz. There’s a crypt under the cathedral which I’ve been in before, I’ll put photos up of that at some point. 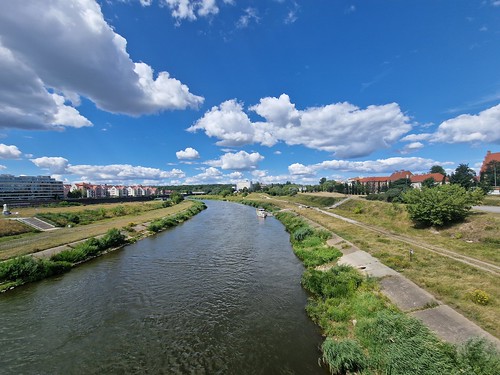 Walking back to the city centre, a view of the river from the other side of the bridge. 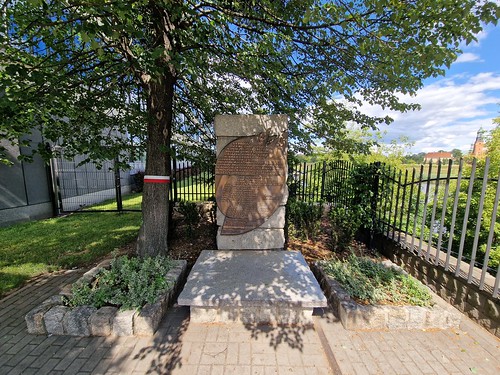 This memorial commemorates Action Bollwerk, an attack on 21 February 1942 by the Polish Home Army against the German occupiers. The Poles set fire to numerous German warehouses, causing substantial damage to them with their contents including food and military uniforms. The Germans executed many of those involved and there’s a square in the city named after the bravery of those involved. 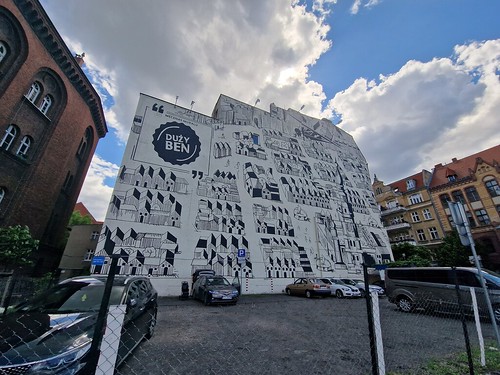 Duzy Ben are an alcohol retailer, who I assume sponsored this rather glorious piece of street art showing what Poznan used to look like. 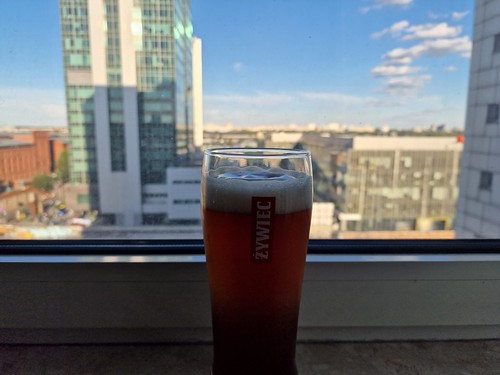 And that’s the end of the Poznan expedition, I returned to the hotel as there was an LDWA meeting of group representatives (by Zoom, they hadn’t flown 30 people over to Poland, although that would have been a marvellous idea) and picked up my welcome drink (albeit belatedly) of a dunkel from Paulaner. I’ve been really rather impressed by the Ibis Poznan Centrum, I’m sure they’ve just rebranded half the hotel as Ibis, because the rooms are sizeable and feel more Novotel than Ibis.