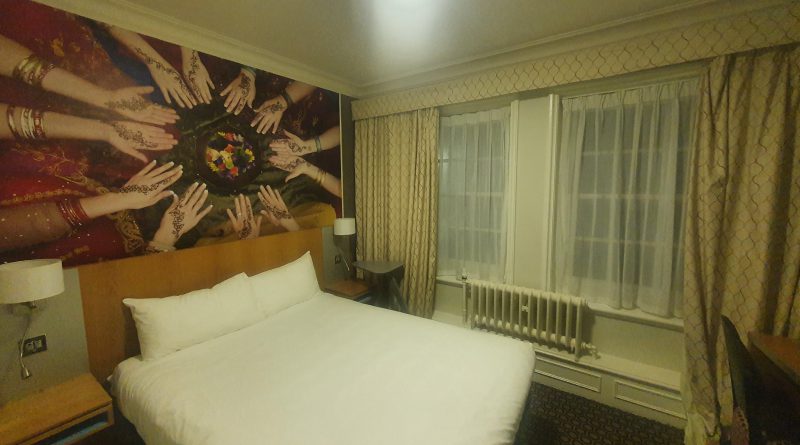 The reviews of this Accor hotel in Reading are, being honest, dismal and they’re sitting at 3.2 out of 5, which is about the sort of territory that the dreadful hotels operated by Britannia are running at. I wasn’t expecting the most decadent of stays, as there didn’t seem much that was pointing in the right direction for this hotel.

On the morning of the booking, the hotel phoned me, and unusually I thought I’d better answer as I didn’t want to discover that my hotel booking had been cancelled. It was the hotel asking if I really wanted two rooms, and I replied that I didn’t, but it seems that Accor took a duplicate booking due to a technical error. I should have noticed this as they did email me, but it was easy to miss and the booking didn’t duplicate on my future Accor bookings which I would have seen. Anyway, the staff member was really quite charming and said the hotel was happy to cancel one room, I just needed to phone Accor.

And Accor were bloody dreadful. They said they couldn’t do anything about it, although they were polite whilst being annoying. This is the problem with this awful global call centre operation that they have, their call handling staff have no discretion or flexibility. If the call centre for each country was actually within the country in which their hotels were, then their call staff could have a much more personal relationship with the hotels they’re meant to be serving. In short, Accor said they couldn’t help as they had no way of contacting their own hotel. I mean, by phone I would have thought was a possible way, but apparently call centre staff aren’t allowed phones. I wasn’t best pleased with Accor at this stage.

Anyway, I phoned the hotel back and the wonderful lady I had been speaking to answered and she clearly wasn’t going to accept this sort of nonsense from Accor. Within about three minutes an email came through from Accor confirming the cancellation of the duplicate room and the hotel called me to confirm that they’d fixed it. My impressions of the hotel had now firmly shifted from sceptical given the reviews to really liking their customer service. As an aside, Accor should have a set-up which allowed them to do this, but I was just pleased that it was all resolved. It’s an interesting building, it’s an old hotel that was originally known as the Ship and then became the Royal County Hotel. And here’s the plaque at the hotel’s entrance to prove it. The member of staff at check-in was personable and helpful, giving me all of the information that I needed about my stay. At this point I was really struggling to establish why they were picking up so many bad reviews. In the area at the base of the stairs, I can’t imagine when this would have last been used for coats, but it felt like part of the hotel’s history. The hotel is old and so there are windy and twisting corridors all over the place, I thought it was all quite charming. I stayed at this hotel twice and was given the same room on both occasions, it was Indian themed and that seems to be a throwback to before it became an Accor hotel. The decoration was quirky, but the room was clean and comfortable, so I was still wondering why the reviews were poor. The bathroom which wasn’t exactly modern, but it was clean and functional. The welcome drink arrangement is unusual, it’s offered by the Indian restaurant that now seems to be separately owned, but was once the hotel’s main restaurant area. On the first occasion a staff member asked what beer I’d like and an interfering manager behind said “it’s Cobra only” which was an unnecessary intervention I thought as I’d already said Cobra would be fine. On the second occasion, I asked for a Cobra and was surprised to see I was being given the much larger bottle. The interfering manager looked horrified, but the bottle was already open before he could stop it. There’s clearly a customer service issue here, but I’m not going to blame the hotel for that. As the hotel’s breakfast room now has an Indian restaurant in it, there’s a free takeaway bag offered, which unusually includes a refrigerated carton of milk instead of some odd slightly chilled UHT arrangement. I thought that the breakfast was entirely adequate and there’s a room where guests can get free coffees and teas at any time, although these facilities are also in the room.

The customer service throughout at the hotel was impeccable and the staff here were as good as I could have expected at a higher end Accor property. Indeed, I very much liked this hotel, so I felt that a closer look was needed as to why so many other guests were annoyed at their stay.

“If I could rate this 0 I would. The worst hotel I have ever stepped foot in. Do not waste your time or money. Staff are rude and their customer service is appalling. All rooms are awful, they were that bad I made other arrangements to stay elsewhere as I physically could not stay there. Shocking”

This review is from a couple of days before I visited. All the rooms are clearly not awful, but I’m puzzled how one person manages to find all of the staff rude whereas the four staff that I encountered were all very customer service focused.

“Probably the worst hotel I’ve stayed in, and i travel a lot. Broken shower holder, so water went everywhere . Water either very hot or cold. Very squeaky floor boards. Dated room and had to keep my shoes on when moving about. A-lot of drunks in the hotel keeping us awake during the night and close to the main road so also kept awake by local traffic. If you want a cheap room for a night out and don’t care where you sleep this is ideal. If you’re with your family then I suggest elsewhere. Definitely won’t recommend to anyone.”

It is possible that this is why I had a different experience, or at least to some degree, as the room they gave me was at the rear of the hotel and near the end of a corridor, so I was far away from any noise. But perhaps I just got lucky….. There are also several reviews annoyed that no tea and coffee facilities were included, but my room had a kettle and it’s not as though I was upgraded to a suite.

I do have some history with this hotel, as they cancelled a booking on me last year, which was disappointing, but it was a fair way in advance of the booking. They tried to transfer me to the nearby hotel but there was a mess-up with the bookings and I just gave up, which is partly why I came back this time. I’d be surprised if they remember those interactions, although I found the staff helpful then as it wasn’t their fault they were closing, but maybe they wanted to be helpful after the problems of last year.

Either way, I liked this hotel and would happily return. It is though an older building and the set-up is old fashioned given that, it reminds me of the Ibis Styles Croydon which has a similar old hotel arrangement. For anyone who likes new and shiny, there’s the Novotel and Ibis hotel which is just around the corner, so something for everyone (or nearly everyone).