This should be a quick blog post as I’ve spent most of the day being productive with my laptop whilst it pours down outside. I am very pleased though to be sheltering from the hot weather in the UK with a rather more moderate climate in Poznan. 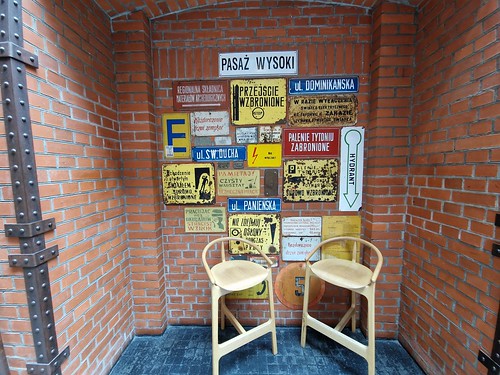 I’ve never noticed these at Stary Browar despite walking by them numerous times, but I like when these are collected up. Unlike a certain pub in Norwich, the Ten Bells, who acquired their signs (which I think have now been refurbished out) in a rather, well, unofficial manner. 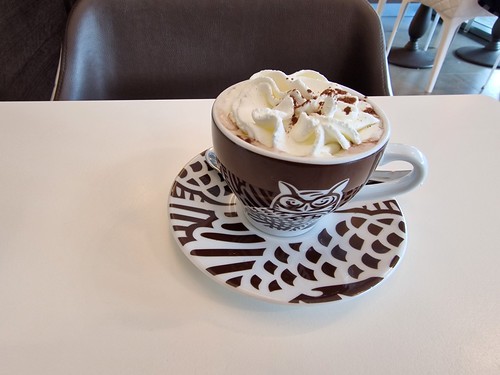 A different branch of Cukiernia Sowa and the staff member was having none of my Polish, despite ordering exactly the same as I have in the last ten of their outlets in the same way. Perhaps she didn’t speak Polish is my only conclusion, it can’t be my beautiful pronunciation of the language. The hot chocolate with cream was as decadent and delicious as usual. 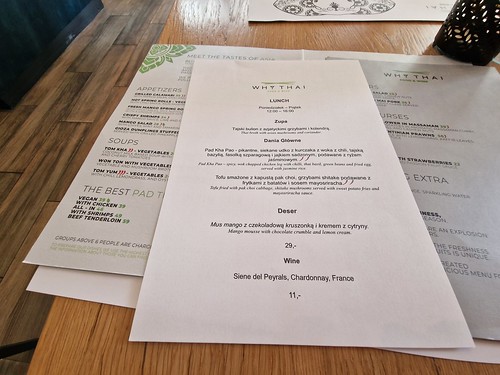 I have to confess to not always being thrilled by Polish food, so I went for a Thai meal at Why Thai. This three course lunch meal deal came to £5, which is impressive by any accounts. There’s no choice, other than between a meat or vegetarian main, with the menu changing daily. 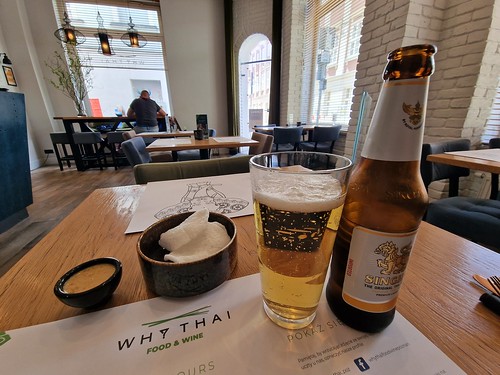 Starting with free prawn crackers and the Singha beer I felt would complement the meal. 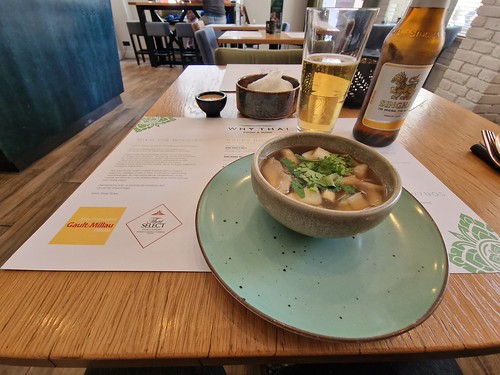 The starter of Thai broth with mushrooms and coriander, which was rather lovely with a depth of taste. I don’t much like mushrooms normally, they seem a heap of pointlessness on a plate, but these were cut into small pieces and actually had some flavour whilst adding texture to the broth. 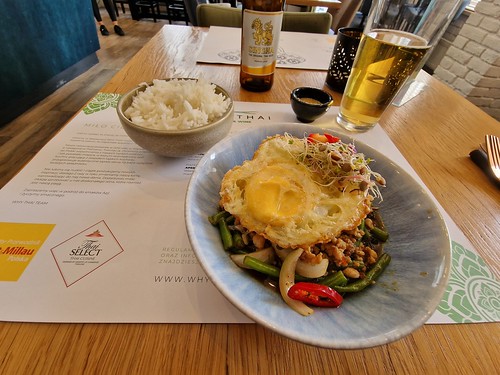 Pad Kha Pao, which is chopped chicken leg with chilli, green beans, a fried egg served alongside jasmine rice. This wasn’t quite what I expected, as the chicken was finely cut, but it tasted better than I had anticipated, the sauce was packed with flavour. I’m not sure that it needed the egg, but it didn’t hurt the arrangement, with probably more rice than I needed. There were chopsticks available, but I ignored those and went for the knife and fork. One day I’ll learn to use them maybe… (the chopsticks I mean, I’ve sort of sussed the knife and fork situation). 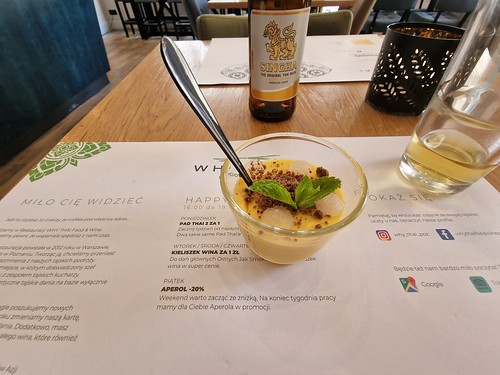 The mango mousse with chocolate crumble and lemon cream, which was a little drier than I expected, but still a decent way to end the meal. The service was perfectly polite throughout, it was a welcoming environment and I’d merrily recommend the venue to others. It’s centrally located, just one street away from the main square, with the standard meals looking reasonably priced, although the lunch deal really is excellent value. 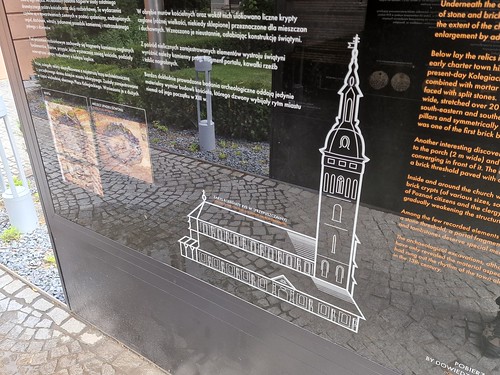 I mentioned the remains of St. Mary Magdalene on Saturday’s post, but I noticed today some information boards about the archaeological investigations. This is what the church looked like, before the Swedes damaged it, before the earthquake and before it fell down. During the excavations they found thousands of coins under the floor, including some gold ones and it’s though that they were offerings. They discovered several thousand burials (they decided to exhume 4,500 people, and they didn’t try and find everyone), including some with amulets to guard against the plague, although I suspect the family of those who died were likely disappointed with how efficient they’d been. 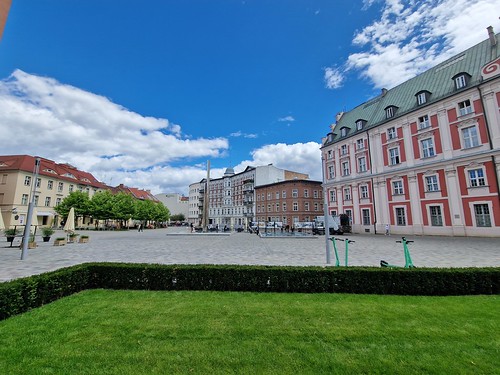 Looking back over the square. 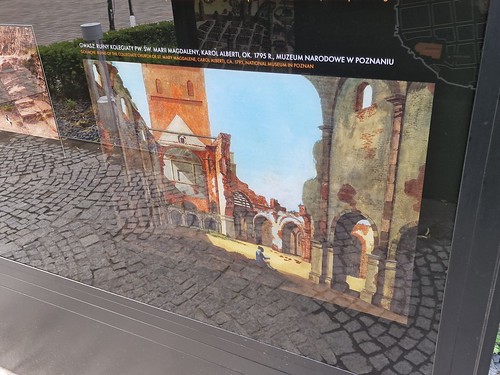 This is what it looked like in 1795 and I can see why they decided to just knock it down a few years later. During the excavations they discovered numerous vaults that had been built under the church, including some rather haphazard arrangements that had threatened the building with collapse. Well, it did collapse, so maybe it did more than threaten it. 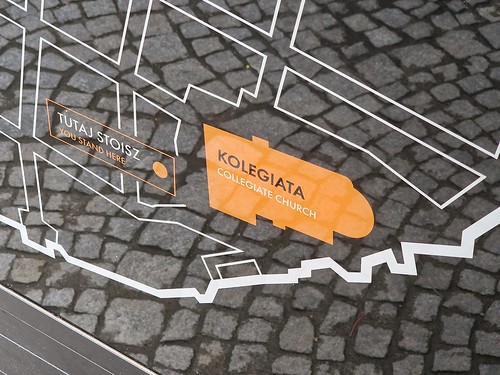 And that’s how it fits into the local environment. This could have been one of the great churches of Poland if it had survived, instead, just some images on boards remain. 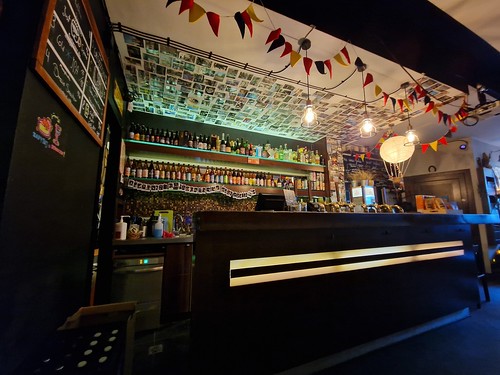 And then onto the craft beer bar Lot Chmiela. 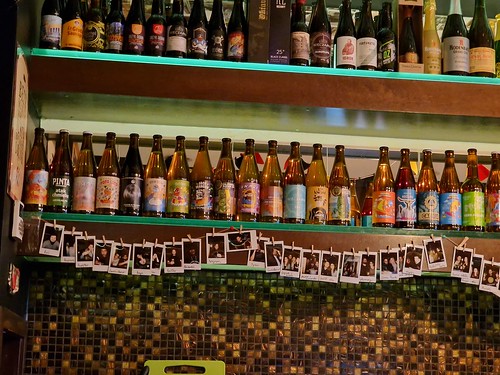 A nice little selection of beers behind the bar and there were eight options on tap. 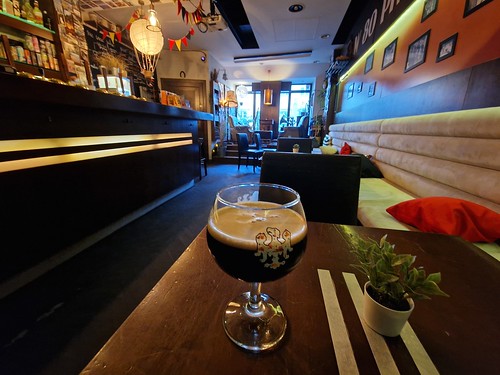 I ordered the Baltic Porter from Browar Bialy and the staff member merrily set about pouring it, but also said he’d try. I got what he meant when it ran out as he was pouring, but I think he’d actually poured enough for the size that I’d ordered. He decided though to just give me the beer for free, which I though was really rather lovely. This happened in Katowice a couple of weeks ago, I was surprised and delighted then as well to get it without a charge. 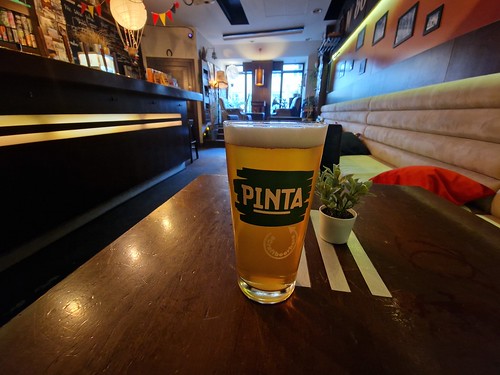 I didn’t want to just walk away without giving the bar anything, so I ordered the not entirely delicately named Brian Smasher from Moczbroda who are a brewer from Poznan. A decent beer, suitably tropical and citrusy. 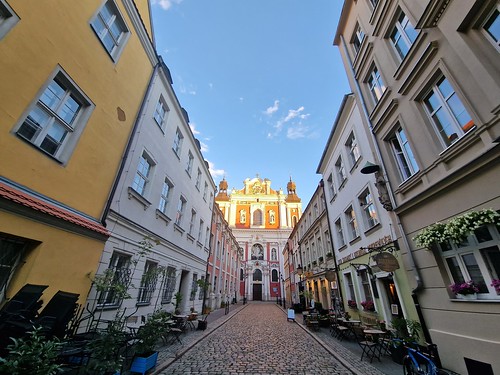 And the walk back to the hotel whilst the sun was still shining. Not the busiest day perhaps, but at least productive and the food was delightful for lunch.