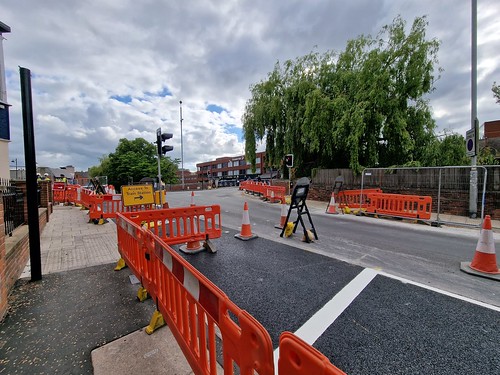 Before I start on today’s riveting blog post, I feel the need to comment on the road works currently taking place at the end of Riverside Road, near Norwich railway station. I very much approve, although they seem to have been doing them for ages, but my civil engineer friend Liam reassures me it is physically impossible to do these things any quicker. Well, something like that.

Anyway, it’s a very worthwhile project which will make things better for pedestrians and cyclists at what is currently an annoying junction. I imagine car drivers will be annoyed, but I’ll live with that since I don’t have a car. I’m slightly disappointed that the pavement at the rear of the above photo isn’t being widened, but the rest of the project seems very positive. In fairness to the county council, who are often quite car focused, they’re doing some really important work at making the city move pedestrian and cyclist friendly. 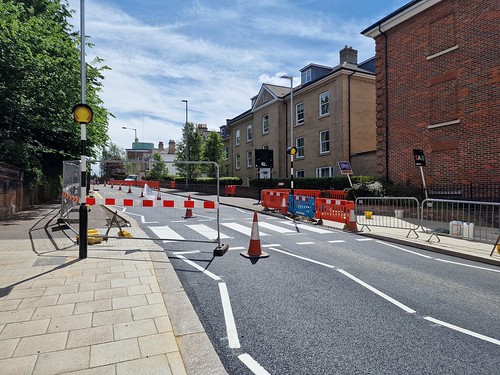 And a new pedestrian crossing between Old Library Wood and Norwich railway station which is now completed. When Stuart comes to Norwich for the LDWA NEC meeting, he will be able to use this exciting new crossing to get to his decadent accommodation on Riverside Road. I can almost sense his excitement already. 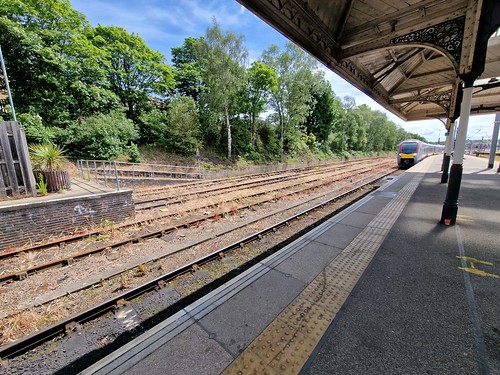 But today’s blog excitement (I accept once again that I’m setting the bar low here) was a quick trip to Sheringham and back. I hate getting the bloody bus, so paid a little extra for the train service. Here comes the Sheringham Thunderbolt into Norwich railway station. 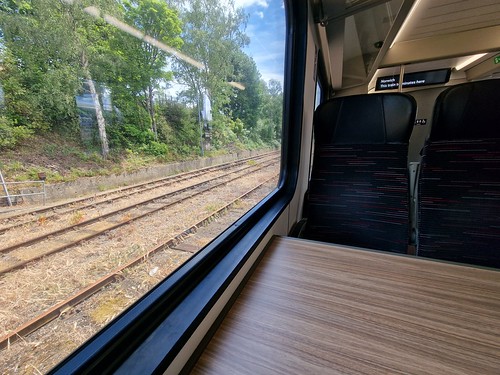 The train was relatively busy, but I got a table for four so that my laptop and I could be comfortable. The service ran on time and I was pleased with the efficiency of the entire service, I was very pleased indeed that I didn’t have to get a bus. 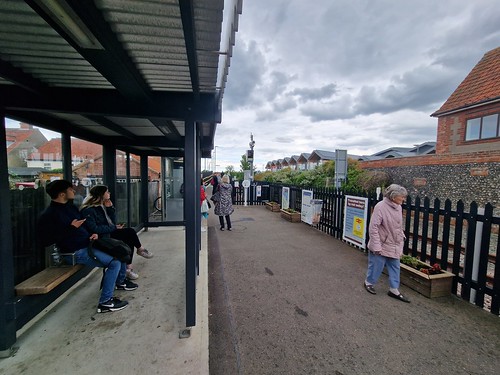 Getting back from Sheringham was a different matter. To cut another of my long and meandering stories very short, Greater Anglia were hopeless in their announcements following a trackside fire which cut off North Norfolk from the city of Norwich. The rail planner said that services would operate to North Walsham, so I thought I’d go there by train and get a bus from there.

Services, it transpired, weren’t going to North Walsham and one train was still scheduled to operate which actually clearly wasn’t. I contacted Greater Anglia to ask them what they thought the 50 or so passengers at Sheringham should do, although I knew the only option at this point was to get the Sanders bus. Greater Anglia responded quickly and wrongly, telling me to get the rail replacement bus. Really what they meant here was get any random bus I could find, something they’d failed to tell the people in Sheringham and Cromer (and probably elsewhere) who waited patiently for a replacement bus service to come to the railway station. 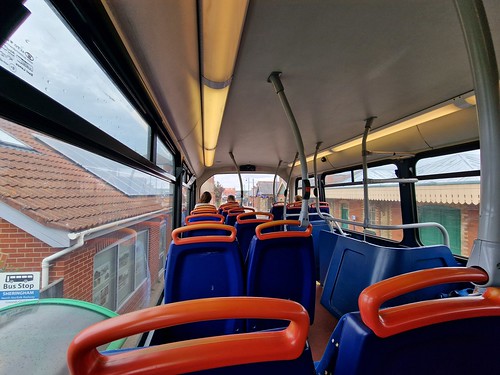 I got the Sanders bus since there were no rail replacement buses in operation. There was confusion as to what people should be doing (not least because the information from Greater Anglia wasn’t just lacking, it was wrong), but the bus driver was helpful and didn’t need to see my rail ticket, he was aware of the situation. Anyway, I mentioned to Greater Anglia (who I’m sure think I’m an idiot) that they still had a service showing as departing from Sheringham, marked as delayed, which people were waiting for. To their credit, they responded immediately and said they’d get that fixed, which they did within a few minutes. This pleased me, I didn’t have to feel guilty about the fate of the people patiently waiting at the railway station.

On the bright side, full credit to Greater Anglia who must have an automated process for Delay Repay, as my ticket was refunded in full within 15 seconds of my applying for it. Not that I want to make this blog sound like a series of incidents that I feel the need to complain about, although that’s sometimes the direction of travel it seems, I’d say that anyone visiting Sheringham (and especially one not speaking English) would have found it very challenging to know what to do in this situation. No staff on site, incorrect information on Greater Anglia’s web-site and on Twitter, this is why stations like this really need to be staffed. To be fair, a staffed station at Sheringham would be challenging as there isn’t a station to manage (the old station is now operated by North Norfolk Railway for heritage purposes), but maybe one day. But, that’s enough moaning for today I’ve decided. And, as a spoiler for the next few blog posts (since I’m writing these two weeks after), I haven’t got anything else to complain about for ages. 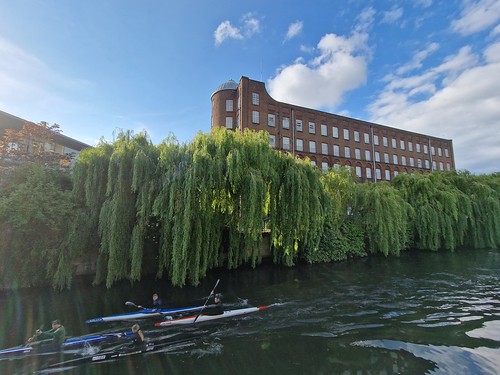 Here’s a photo of Jarrold’s Mill that I took after my walk back home (which is a much longer walk than when I get the train, but I won’t dwell on that) to end on a positive note. Thursday : A Day in Colchester