I was very excited to hear about the opening of this new Ibis hotel in Seven Kings, near Ilford. Ibis Styles is my favourite brand within Accor, I like the quirky, informal and innovative design approach which often has some intriguing and brave themes. It’s also located next to a railway station and some rooms have views over the new Elizabeth Line trains (not yet officially called that, but they’re running into Liverpool Street and being tested through the central zone).

I was eyeing this up to be my new favourite hotel given that it’s this side of London, especially as I’ve stayed at Ibis Styles Kensington 15 or so times over the last year. The omens were positive that Accor could pull something off here. I e-mailed the hotel asking if I could take photos of the public areas, as other hotels have said to ask them that and they can ensure I see everything that they want to show off. This hotel didn’t reply, but since it only opened on Monday, I thought that they might be busy. Although as a side issue, hotels ignoring e-mails does irritate me, it normally shows up wider problems.

I had good cause to be hopeful, as the Ibis Budget Whitechapel have had a sensationally good renovation and they are absolutely on it. The management there replied to e-mails nearly instantly, they’ve got a cool design theme and they use Instagram to promote their hotel. I really rather love that hotel and will have to stay there more often.

And before I start writing about this hotel, I know that nearly no-one will care and this post will never get more than 2,000 or so accesses, but there we go….. And I am also aware that the hotel has different rooms which might have led to me writing a very different post. The check-in process was torturous, although the team members here are enthused, friendly and clearly trying their best. Three asked if I had been having a good day, so I assume that’s part of the training. Unfortunately, the management here have skipped the rest of the training, with the knowledgeable and personable team member at reception not knowing much about Accor’s loyalty programme. That isn’t ideal for a new hotel opening, but these things happen and I didn’t view it negatively. It did mean I had to request a drinks voucher, which the hotel don’t have yet, but after consulting with a manager, they agreed they would provide a free drink.

I paid for the room, after some confusion about whether the hotel accepted Amex (they thought they did, but it transpired that they don’t). I then realised that I had already paid for the room in advance, leading to a quick refund being issued. Anyway, I was still quite content at this stage as the team members were really engaging and so it would be unnecessarily harsh not to expect some mistakes here. To reinforce that point, the team members were as friendly as realistically could be possible, they were really doing their best.

Back to the design, I’m not sure what the hotel’s theme is, I think it’s just an environmental one. I still like some of the mainland Europe themes, like Romans or space, something very different. The view from the hotel bar and reception, they’ve got a really good location here. It’s a fast rail route into London Liverpool Street, all really convenient. There’s also free car parking available for those who want to drive in. The room is dreadful and entirely inadequate as far as I’m concerned. The room photos for this room type had photos of a desk, but this small room didn’t have one. This sort of room size is in Ibis Budget territory (and Ibis Budget provide a desk) and it’s only marginally bigger than the deliberately designed small rooms of Hub by Premier Inn.

I’ve on five different hotel advisory panels (including two from Accor, although I suspect with posts like this I’ll be purged) and they come up with some brilliant and innovative ideas. Premier Inn’s Hub concept is really thought through, they’ve made great use of the space, they’ve built in a desk, air conditioning and all I could want in a very small room. Other hotels have put forward for advance feedback some intriguing room concepts. The room designers here haven’t burdened themselves with any design attempt, they’ve shoved a bed in and some clunky lumpy thing in the corner. That green wall might look fine in a larger room, but in a small room it’s made the thing feel really quite drab.

The next problem here is that the hotel windows don’t open. I don’t like this, but it’s manageable if there’s air conditioning. The hotel is boldly advertising that every room has air conditioning, but they don’t have, they have a cheap centralised air warming and cooling system (although I suspect the hotel operating company will argue they paid a lot of money for it). The rooms are simply too hot and there’s nothing that can be done. No windows, no fans, no cooling mechanism.

The air conditioning system they’re using seems gloriously ineffective as well at pushing any fresh air into the rooms, it’s like the old aircraft that pump the same stale air around. At least Dreamliners and the like pull in fresh air to circulate, but goodness knows what system is in place here. I’ve digressed to writing about aircraft…..

As part of the hotel’s plan to make their rooms as dingy, sterile and miserable as possible, they’ve put in sound proofing from the outside. I accept that’s likely appreciated by nearly every guest, but I like road noise, although I can’t really fault the hotel for my strange likings. Internally, the hotel doesn’t feel well built, as sound circulates around the building and I can hear neighbouring rooms. Nothing says “welcome” like some smashed biscuits. Although to be fair, they didn’t have to offer this.

Anyway, rather than complain here when it was too late, I went to tell reception that I didn’t like the room and asked if they had one with a desk. Apparently they don’t, otherwise they’d have upgraded me, only the hotel’s five suites have a desk (which is not what the photos suggest). I did offer to pay more money for a better room (although Platinum guests should be upgraded anyway for free), but they apparently couldn’t help. The team member was polite, but it was clear that this was the best room the hotel had available. The Accor web-site has substantial room availability for this hotel on-line, so I’m not sure if the hotel’s room inventory system is broken (they were having technical problems with their hotel management software). Back to being positive, the hotel bar is much better, the designers have put some considerable effort into having a bright and airy feel to the public areas. For customers who want it, they can enjoy a drink with a view over the station for those who like people watching, it’s nice. I have no idea what the food menu is though as it’s not published on-line or in the rooms, but they serve meals. The beer selection is the worst I’ve seen in an Accor hotel in recent years, limited to Corona and Budweiser. Two generic beers with sod all effort made at localising the menu or offering some local beers. I’m not expecting decadent craft beer (although some hotels do make an effort in this area), but other Ibis hotels in the city do manage to have local beers from London. Accor were meant to be promoting an element of their localisation of their food and drink, but I can see no evidence that the hotel is reaching out to the community and local producers at all here.

I think it’s clear that I don’t like this hotel and I can’t recall any Accor I’ve ever stayed at having worse rooms. For a new-build hotel where the rooms are five days old, this doesn’t bode well for the future of the hotel industry if this is the sort of rubbish that is going to be pumped out. Travelodge rooms are simply far better and I think even by their own measure, Travelodge are seen to be at the lower end of the scale in that regard. Really this hotel is operating at Ibis Budget standards, although is still someway behind locations such as Ibis Budget Whitechapel.

Early media reports stated that this hotel would be the first UK venture for Novum Hotels, who I’ve stayed with numerous times and have been impressed with. They don’t list the hotel on their web-site, but if this mess of a hotel is anything to do with Novum I’ll be extra disappointed [I’ve checked since writing this, and I’m delighted this has transpired to be nothing to do with Novum and I’m not surprised at that. It’s actually run by Black & White Hospitality, part of the Marco Pierre White operation]. I suspect that this hotel will score fine initially in reviews, as I’m not convinced their rooms are all as basic and so I can imagine might be quite exciting with views over the railway and some seem to be more airy. But, I can only judge what they gave me, which was worse than I’d expect in an Ibis Budget.

A five minute drive or a twenty minute walk away is the Holiday Inn Express Newbury Park, I’d recommend anyone stay there instead. The quality of the whole experience there was in a different league to this Ibis Styles. Incidentally, I should add that the prices here were low, but seem to be increasing, so they might have had lower rates initially to build up occupancy. And I have to credit this hotel with being the first one I’ve stayed in since the pandemic started which is cleaning the rooms daily, with the hotel paying for plenty of staff to be available. 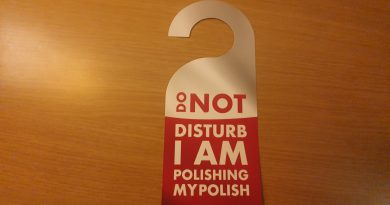