Annoyingly, I can’t find out anything more about this, simply defined by Grose as “a fool”. I’m not convinced that this phrase was much in usage, and he likely just took it from Nathan Bailey’s 1736 canting dictionary. The word ‘spoon’ was used in the eighteenth and nineteenth centuries to describe someone as a fool, although I’m not sure what they had against Ralph….

This is defined by Grose as “stinking, rammish, ill-flavoured; also strong, great. A rank knave; a rank coward: perhaps the latter may allude to an ill savour caused by fear”. On the second part of that definition, the phrase “rank coward” is still in usage, but its original meaning of being a stinking coward is perhaps forgotten.

Back to the main part of the definition, what might be the most interesting element of this is that the word remains in use today. I suspect that at least a few people hearing a younger person use the phrase “that’s rank” might query their use of English, but it has had this meaning of something disgusting since around the late seventeenth century.

It’s derived from the old English word ‘ranc’, meaning something strong or powerful. That changed over time to something that was strong and unpleasant, with the alternate spelling ‘ranck’ being more common for a period.

And here we perhaps verge into some slight anti-semitism, this being defined as “pickpockets, chiefly young Jews, who play about the Bank to steal the pocket-books of persons who have just received their dividends there”. A pocket-book is a wallet, and a reader was also another word for a wallet, hence the origin of the phrase. There was another similar phrase at the time, ‘reader hunter’, which meant the same thing. 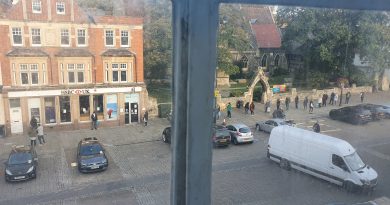