There seem to be two airport lounges that Oneworld status customers can use, but apparently they’re very similar and this is the one that I found first. It’s clearly signed when walking towards the gates, up one set of escalators. The staff member at the reception desk was helpful and the sign-in process was quick and easy. 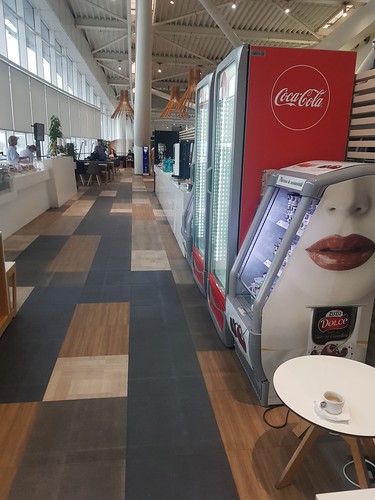 The main corridor of the lounge, there is food and drink on both sides with the seating area at the rear. 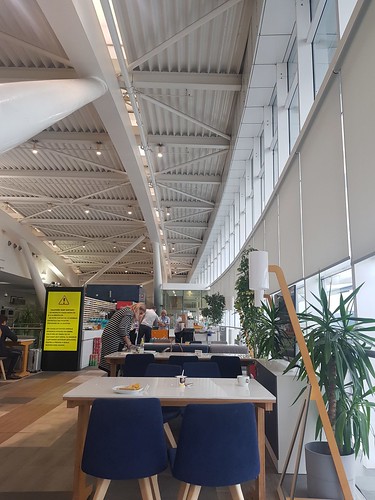 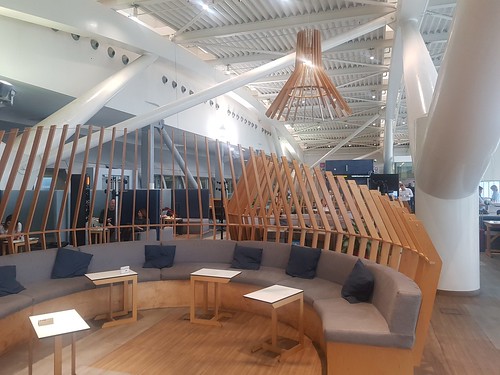 The lounge interior, all quite modern and airy in its decoration. I thought that the temperature was just a touch too hot when I visited, which was mid-February, so I suspect that it might be quite challenging in the summer months, unless they have some excellent air conditioning. 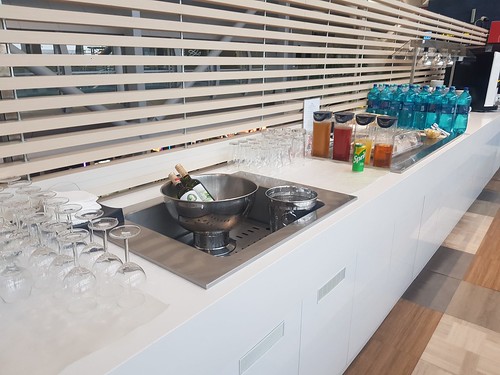 There were some spirits, wines and soft drinks. 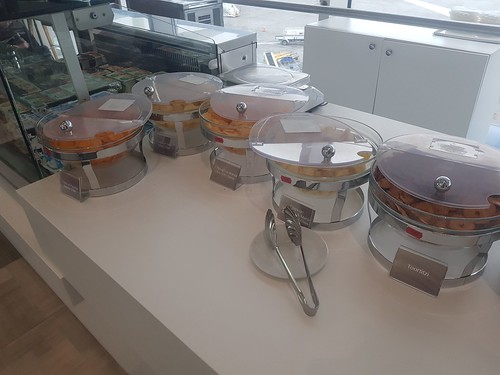 The bulk of the food offering was really crisps and snacks, with a choice of three different flavours of crisps. 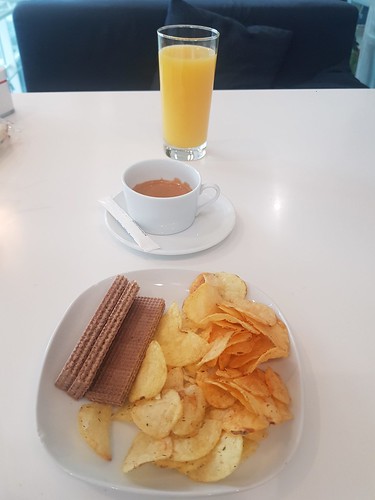 I didn’t turn the crisps down, that would have been rude. The coffee was rather bitter, but the orange juice was flavoursome. There were also some sandwiches, which weren’t particularly a taste sensation if I’m being honest. 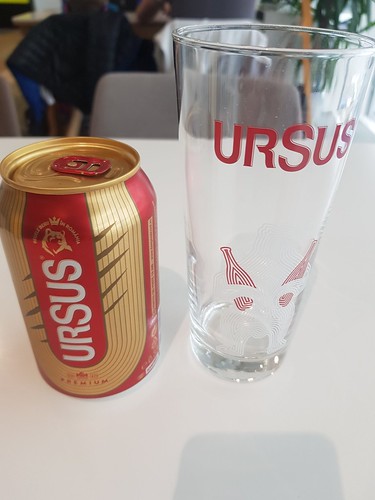 This was the only beer available and I decided to give Ursus just one more chance, having had it at the Ibis hotel as the welcome drink. I’m pleased that it is consistent, it’s a truly awful beer in a can as well as on draught. Entirely devoid of flavour, taste or any complexity at all, it’s slightly pointless.

In terms of dining, the airport has quite a strong array of options in their food court, so anyone wanting something more substantial would probably be better heading there. However, the selling point of this lounge is the relaxing environment and a place to get work done, with some excellent views of the runway. There weren’t very many power points around the lounge, although they did have charging stations where people could leave their phone to charge. Unfortunately, I’m not very good at leaving my phone, I worry about it…..

There’s a smoking room at one end of the lounge, which was fortunately nowhere near me, although for reasons unknown to me, they allow vaping anywhere in the lounge. There aren’t any toilets within the lounge, but they are just a short walk around the corner and given that closeness, I’m surprised that they weren’t part of the lounge’s footprint to save guests leaving and returning.

Anyway, the lounge was clean and comfortable, although certainly not exceptional in many other ways. The staff all seemed friendly and helpful, that added to the warmth of the atmosphere somewhat, so it was a comfortable place to spend a couple of hours. I’m not sure that I would have paid to get in the lounge though, unless someone wants a little privacy and quiet, it would probably be better to find a table at one of the restaurants in the airport’s food course. But, since this was free (well, as part of my ticket), I was entirely content.