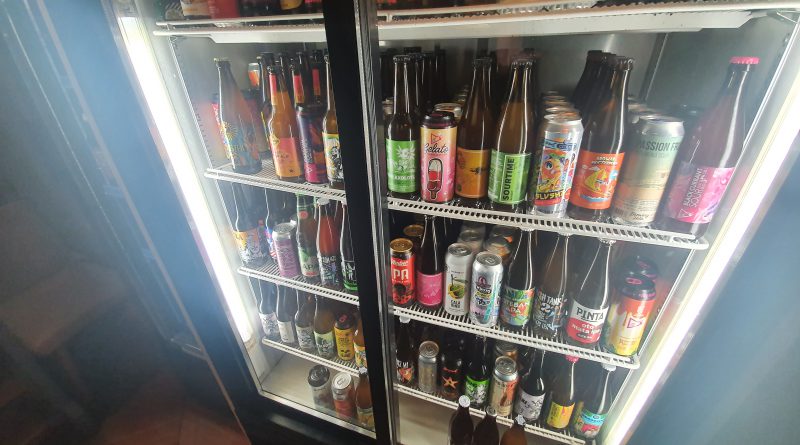 I write frequently about craft beer and its growth around the world (well, it stops me from posting frequently about Greggs or something….), not just in countries such as the United States and the UK, but also countries such as Poland where new breweries and bars are opening at some considerable pace. This is a marvellous trend and it’s noticeable at https://ontap.pl/ not just how many bars are opening, but also the breadth of the beers that they sell.

In central Gdansk, I’ve found what I consider to be the best three craft beer bars, Pułapka, Under Beer and Labeerynt. Any visitor coming to the city who appreciates the delights of craft beer should absolutely visit all three as far as I’m concerned…. I first visited here in January 2020, and it was one of my favourite pubs of that year, although of course a few weeks after I visited the world changed somewhat. A well balanced variety of beer options with friendly staff who were knowledgeable about what was available. The bar has been open for several years and seems to be popular with locals and visitors, with the atmosphere being laid-back and informal. It’s in the Old Town of Gdansk although visitors to the city probably wouldn’t just stumble across the bar, it’s something of a destination venue. The bar’s name meaning ‘trap’ in English, which is a good way to describe many craft beer bars, albeit welcome traps that I’m happy not to get released from too quickly. They offer basic food such as sandwiches and the like, along with a few bar snacks. I visited here a couple of weeks ago, adding that it was the first time that I had been to this cellar bar. However, I noticed that an early post on my blog shows that I have been before a few years ago, which was actually half the reason that I started this blog, as I get muddled up with where I’ve been. Anyway, that confusion aside, there’s a very acceptable range of beers available across a wide variety of styles, all cleared marked up on the blackboard. The staff member was friendly and helpful, with the bar being clean, albeit it slightly dark because of its cellar arrangement. And my favourite craft beer bar of them all is Under Beer, an understated and quite charming arrangement. They are relying on their cans and bottles which are in the fridges, but the selection is excellent and I like that the set-up almost requires them to engage with the customer. This adds to the whole warmth of the venue and so it feels more welcoming. I was so surprised and delighted with the range of beer options that I took some away with me as well, something that I can’t recall doing for some years, but I’ve discovered just how good Funky Fluid are now. The bagel I bought was also much better than I expected, it was served as a large portion and tasted quite delicious. A comfortable environment, excellent beer and welcoming staff, all really rather lovely.

And thanks to Untappd’s app for helping me find these venues, I think an absolutely essential craft beer finding tool. My account is at https://untappd.com/user/julwhite.