Continuing on my little series of posts of exhibits from the substantial Museum of Warsaw. This is a simple exhibit, just a linen sack with a number sewn onto it, but it is the heritage which is important. It belonged to an individual, Zofia Bożena Stefańska, who was at the Ravensbrück concentration camp, having been sent there by the Germans after Warsaw was cleared following the Warsaw Uprising. It’s fair to say that the Nazis were considerably annoyed at the bravery of the Warsaw population in the Uprising, thereby forcing the near one million residents out of the city so that they could flatten it.

There’s an interesting account at the Norfolk Record Office blog about Elsie Marechal, who found herself in a similar set of circumstances, although she hadn’t come from Warsaw. The thought of that linen bag containing all the belongings that an individual was allowed is quite sobering. 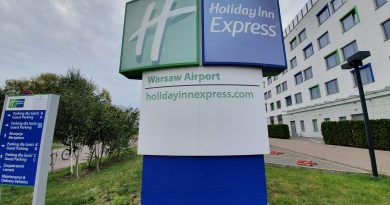