After a busy morning looking around the city’s railway museum, we thought that we’d find a local cafe and this one at Juliana Ursyna Niemcewicza 3 came well reviewed. It might not be much to look at from the outside though, I can imagine that we’d have walked by if we hadn’t been on a slight mission to get there. It takes its name from the district of Warsaw that it’s located in and the cafe serve coffees, cakes and some pastries. The interior of the cafe is small and there was a homely and comfortable atmosphere. It was evident that there were no tables empty, but the staff member moved someone’s coat and gloves that were on a table for us, but fortunately they just belonged to his friend and he hadn’t expelled a random customer. I was pleased that he had done that, as I would have had to stand awkwardly until a table became free otherwise, which is far from ideal in such a small venue. Several of the tables were taken up by younger customers on laptops and although it’s very positive that the cafe was full, this does present a little bit of a problem for the owners. In warmer months though there are some outside tables which eases seating pressures somewhat. I went for a coffee and a meringue cake, both of which were delicious and suitably decadent. All of the food was well presented, both before and after serving, with the cakes looking home-made or supplied from a local baker. I think the cafe is more of a craft coffee place, but my ability to describe that is limited, I just know that it was a rich and good tasting drink. There was some theatre in preparing the coffee as well, which was served after the food as it was a slightly convoluted process that I didn’t entirely understand. Very pleasing quality with the prices being reasonable, this was a nice warm place to visit given that it was quite cold outside. 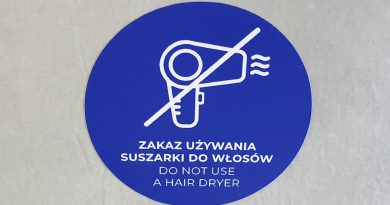