And another of my random moans…. As I posted a couple of weeks ago, it transpired that it was TheFork (linked to TripAdvisor) who were behind a situation where single diners were barred from receiving discounts at scores of restaurants in London and around the country. The restaurants I contacted knew nothing of this and TheFork were adamant that it was the restaurants who had imposed this restriction, it was just groups of 2 to 6 that they wanted. Which is fine, if that was the case.

I think it’s fair to say that The Fork weren’t perhaps truthful in blaming the restaurants and I have asked for clarification from their press office, who haven’t been able to provide any. I think it’s clear why. I wasn’t actually too bothered about that, I was just hoping that in the next iteration of their special offers that they’d include single diners in the same way as OpenTable does. Partly this was selfish, half of my visits using TheFork are on my own, and I was collecting their Yums. But, partly, restaurants and pubs are doing some great work at the moment on allowing individuals who are lonely, disconnected or wanting company to get out and receive great value. This is marvellous and is a useful contribution to the community which a restaurant or pub serves. It’s not really about the money though, if a restaurant says “single diners aren’t welcome to a discount”, it sends a message.

Given all that, I did think that it might just be a little oversight that TheFork could consider fixing for next time they had a promotion. I thought that’d be nice. But, it seems not, or at least, the press office won’t tell me. I imagine it’s just easier to blame restaurants and damage their reputation. I did wonder whether any restaurant would actually care about this, but the ones who replied absolutely did and were encouraging single diners. As a diner, there’s no way I’d trust TheFork to be honest about matters, so good luck to any restaurant who signs up with them.

Not that TheFork have much choice in Norwich, my nearest restaurant is Bella Italia where apparently, according to TheFork’s app, the average meal costs £108 (the average main is actually about £10). It is a bizarre level of contempt being shown to restaurants here, but there we go. Normally a company’s press office responds with some level of interest, as although I’m not the Washington Post and this page will unlikely get more than around 2,000 views, it’s nice that there’s some engagement and thought provided. So, despite wittering on about this, there are more pressing things even for me to worry about in the world and I shall use OpenTable instead in the future.

For anyone who wants to read some reviews of how they’re getting on, there are some at https://uk.trustpilot.com/review/thefork.com. 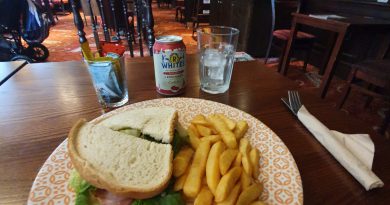