I muttered and moaned a couple of weeks ago about how the Hard Rock Cafe wasn’t offering a promotion to sole diners. In these times when it’s nice to welcome single diners to restaurants, whether they’re key workers, lonely, unable to go with friends due to tier restrictions, it seems unclear why all group sizes were entitled to 50% off food unless they went alone.

To be fair, I had contacted the Hard Rock Cafe in question and queried it, but they hadn’t replied. But, Hard Rock themselves looked into this for me when they saw my post, and after investigation clarified that this was an initiative and decision led by TripAdvisor’s The Fork and their “Back to the Restaurant”. The Fork’s customer service team denied this, saying that all restaurants as part of their latest campaign decided to exclude sole diners.

This seemed unlikely, so I’ve contacted some of the restaurants and they’ve all replied saying they were never told of this restriction. I was also invited by these restaurants to get the 50% off if dining alone, although that wasn’t quite the point. It has also transpired that Booking.com’s OpenTable has nearly all of the same restaurants and they have included sole diners.

So, this initiative to block sole diners as part of their “Back to the Restaurant” was that of TripAdvisor and The Fork alone. It doesn’t much matter, but I think it’s be more honest of The Fork to admit that it was them that blocked sole diners getting discounts than trying to say it was the restaurants. For The Fork to mess about the reputations of restaurants at this time seems brave. 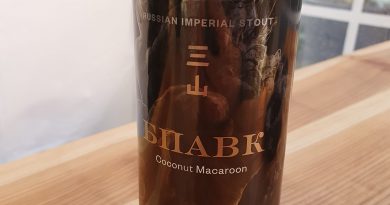