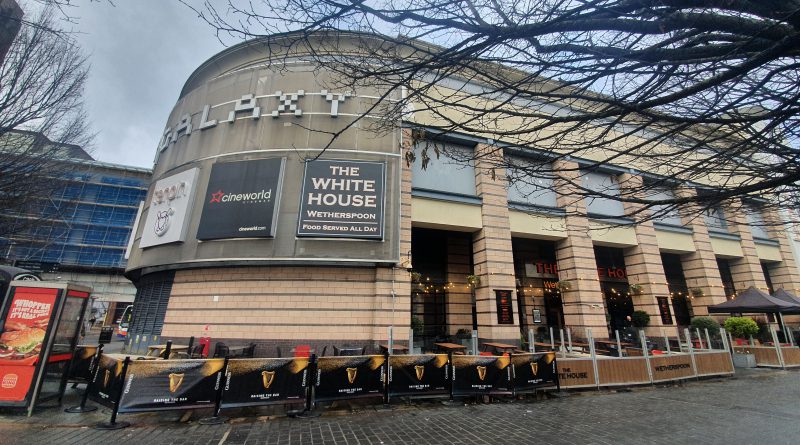 I wasn’t in Luton for very long today, but I had chance to pop to the JD Wetherspoon outlet as it’s listed in the Good Beer Guide. The company did have two pubs in the town, with the London Hatter being open between 2011 and 2016, but it couldn’t have done well for them given the short amount of time that it was open. The venue is still closed, clearly it doesn’t tempt any other operator either.

But back to the White House, which I think is a marvellous name for a pub given my surname (I’m easily pleased). It’s a cavernous venue with two different bars, both of which were staffed when I visited just before lunchtime. As for the reason for the pub name, this is what the company say:

“In the late 19th century, the Crown & Anchor Brewery stood on the site of this Wetherspoon pub, a short walk from the site of Luton’s first brewery. Founded by Thomas Burr, in 1780, it stood next to his family home, known as The White House.” The brewery isn’t noted on this map from the late nineteenth century, the pub is located just above where the PH is indicated on the map, so it’s nice that the site is still used by a beer selling venue. This is an odd JD Wetherspoon insomuch that the toilets aren’t upstairs, as they’re usually tucked away in the furthest corner of the pub. Despite being a modern building, there’s been some effort with decorative features and I liked the number of power sockets that were available. Plenty of books on the shelves upstairs as well, they add character to pubs and I approve. I went for a half a pint of the Devon Darkness from Hanlons Brewery who are based in Exeter, the same place that Tim Martin lives (I mean the city, not that the owner of the company lives in a brewery). The beer was well kept and at the appropriate temperature, and keenly priced at £1 for a half so there’s nothing much to complain about there. There was nothing of particular note about the beer, but it was an acceptable enough dry stout.

The pub has about the same review score as the average JD Wetherspoon outlet, so it seems to be running as efficiently as most others, and I felt that the staff were friendly enough. There was a good choice of real ales, seven different ones across a variety of beer styles, all keenly priced. There’s nothing exceptional that I can note, but the pub seemed to be well managed and I can see why it’s been listed in the Good Beer Guide.