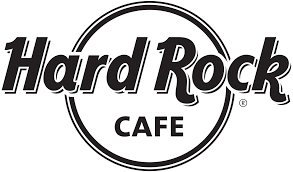 I haven’t grumbled about anything in a while, so now feels appropriate. I received an e-mail on behalf of Hard Rock Cafe saying that they had a 50% offer which was off all food in their Oxford Street location in London. This is a very good offer, as Hard Rock might be a little expensive, but that makes it quite a reasonable expedition to get food at half price. I’ve been to around ten Hard Rock Cafes over the years, with the service in Atlanta and Krakow being outstanding, and my visit a few months to Hard Rock Cafe Bucharest was also perfectly enjoyable.

Anyway, after being quite interested in this offer, it was then noted that solo diners were excluded from taking part. So, group sizes of 2 to 6. I don’t much like this at the best of times, but it’s vaguely understandable as solo diners don’t make as much money. But, nor do three diners at a table for four. And, judging from recent reviews, Hard Rock Cafe Oxford Street is not exactly busy. Which is evident from their deluging food out at half price.

I remember doing some work for a certain Italian restaurant a few years ago which was how to make solo diners welcome. This was marvellous, there are people who are on business trips, who might be lonely, key workers or just people who want to get out of the house. Ideally, the welcome should be positive and engaging for all of those, especially somewhere upbeat such as Hard Rock Cafe which can offer that friendly feel.

Or, they could be like the management at Hard Rock Cafe in Oxford Street who puts two fingers up at solo diners. Unimpressed.

Anyway, moving on, I can write about the rather lovely brewery I’ve just been to.