For anyone who visits the Warsaw Uprising Museum, it’s worth hunting out the little theatre section near to the replica Liberator aircraft. The Liberator was a US military aircraft and was used in relief flights to try and assist the Poles engaged in the Warsaw Uprising. The video of the City of Ruins lasts for five minutes and it’s in 3D, with glasses provided by the staff, giving a view of the destroyed Warsaw that someone on a Liberator aircraft might have seen at the end of the Second World War.

The video is twelve years old now, so perhaps they can now do more with effects, but it was a sobering reminder of how Warsaw looked in 1945 after it was nearly entirely destroyed by the Germans. The museum was busy when I visited, since it was free admission day, but I had a wait of only around ten minutes to see the video. They can only fit 25 people into the theatre screen at a time, so there can be a little of a wait sometimes.

The museum director said a few years ago:

“If you have not seen it with your own eyes, individual photos from the war will not show it. It is only by visualising the destruction of the film that you will get an idea of ​​what Warsaw really looked like right after the end of the war, and from which ruins it had to rise.” 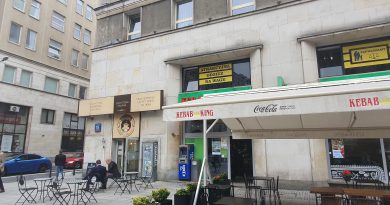