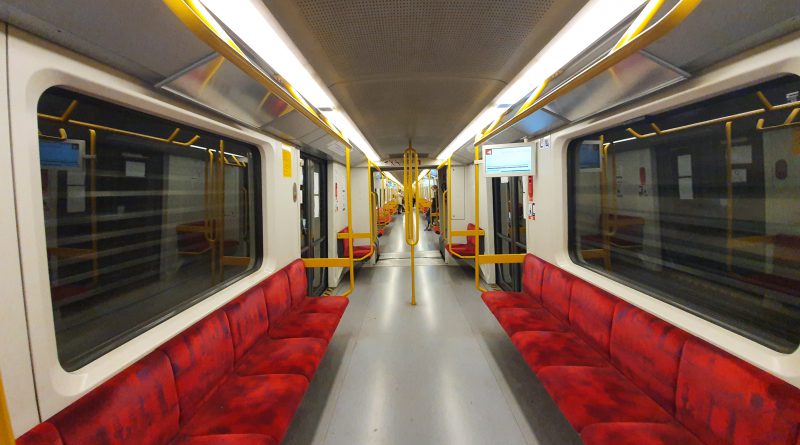 Despite having visited Warsaw on many previous occasions, I’ve never quite got round to using the city’s Metro network. That’s primarily because trains and trams serve the capital well enough for my needs, but there’s been a large recent investment in the network. Since I had a 72-hour pass to use public transport, which includes the Metro, bus and trams, it seemed sensible to just pop in to have a look. The process of getting onto the network is easy, just insert the ubiquitous little public transport ticket into the slot on the machine and all is well. The gate opens and the ticket is spat back out to be used again. When leaving the network, there’s no need to do anything with the ticket, the gates just open to let people out. There are ticket machines all over the place for those who want to use the service, with English available as one of the language options.

The network is all relatively new, with the first line (M1) opening in 1995 and by 2008 it had been extended and the number of stations served increased. The second line (M2) opened in 2015 and there is work underway to increase the length of it. There are also plans for an M3 line, although nothing concrete (I’m sure there’s a pun there) has been done with that yet. That means that there are currently 34 stations that are now open, with a plan for there to be 58. I can’t say that the trains seemed to be particularly busy when I was on them, but they were clean and spacious. The signage on-board the trains is also clear, so that it’s easy for passengers to see where they are and where the train is going. Over the next few decades, I imagine that this network will get even bigger and it’s a cheap and efficient way of getting around the city.