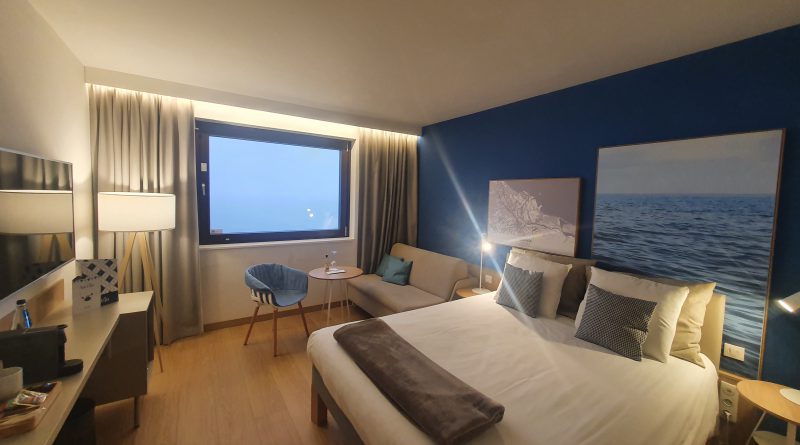 I thought that I’d come to Sopot for the day as I wanted to walk along some of the coastline here, which was a successful little afternoon outing for a couple of hours. More on that in another post. This Novotel was relatively expensive, coming in at around £40 per night, but I haven’t been to this particular hotel before and it was handily located near Sopot. I thought that this was a really beautiful room, clean, modern, in keeping with the sea and quite uplifting. I don’t want to sound like Alex Polizzi, but the cushions on the bed probably shouldn’t be there, as they are going to be thrown on the floor and can’t easily be cleaned. However, that’s one minor negative comment given that I had a suitably glorious room which was really very comfortable. And the welcome gift of a mini bottle of wine. I’m not a huge connoisseur of wine, but it’s a lovely little gift. And some juices in the fridge as well. My only complaint with the room is that the switches by the bed not only turn off the lights in the room, but also all of the plug sockets. I noticed this in the morning when my laptop was at 0% charge, which wasn’t ideal. I suspect it might be because otherwise elements such as the fridge would remain lit up, but it wasn’t what I expected. A plan of Gdansk on the wall, to add to the local theme. I initially wondered why there was a gin menu for children, until I realised that was the name of the hotel’s restaurant. Lots of clarity here as well, often Accor hotels don’t put menus in the room, but here the offering of pizza and fish dishes were tempting. The highlight of my room was though the view from the window, as the reception staff had very kindly put me on the top floor (the eighth floor) in one of the handful of rooms that was fully facing the Baltic Sea (or more technically I think the Gulf of Gdansk). It was a murky day, but I wondered if it was possible to see Russia on a sunny day, as the city of Kaliningrad isn’t far along the coast. The same view by night. They’re not easily visible on the photo (although are clearer when clicking on the image to make it larger), but there are lots of lights from the freight ships. One of the areas near reception for children. I think it’s a useful time to say here that my Accor Platinum status proves its value in stays like this, as the upgrade to such a lovely room made it a much nicer experience than say a room at the end of the first floor corridor looking mostly towards the road. For my £45 (room stay and evening meal) I received an excellent room, a welcome gift of wine and soft drinks, a drinks voucher for a local beer, a pizza, breakfast and a room with a Nespresso coffee machine. I’m prepared to accept that was very reasonable value for money. This is one of the best designed hotels that I’ve seen in a while. They’ve pushed the reception desk to one side and created a large public space at the front of the hotel. This bar is easily visible to one side and some thought has been put into how it looks, really quite successfully. And more credit to the hotel here, they’ve made the effort to find some local beers, which is not a common occurrence in Accor Hotels (although Orbis do a much better job with this in Poland than the operators in the UK). It’s a dark IPA called Festiwalowe from Browar Miejski Sopot, and was a perfectly decent beer. Also, credit to the staff member who served me for not only speaking fluent English, but also being knowledgeable about the beer options. My camera has once again distorted the size of this to make it look smaller, it was a Salami Piccante pizza with jalapenos, which all had a pleasant flavour and the dough tasted of a good quality as well. Not badly priced at just over £5, I was half tempted to order another one, but that might have been a bit greedy. The breakfast selection was standard fare for Novotel, although they had a few things that I don’t normally see, more on which in a moment. It got busy later on, I think for a BNI event, so my friend Richard would have felt right at home. There was plenty of space for the food and drink selection, but the breakfast room did get completely full just as I was leaving. I mentioned to a couple nearby they could have my table as I was leaving, but I felt a little sorry for the family that looked quite confused and couldn’t find a table. The staff were on hand to help, which was all very attentive, but I was surprised just how busy it got and I wasn’t quite sure where that family was put.

As an aside, this is the first Accor or IHG hotel I’ve seen in over a year that requires guests to use disposable gloves. I’m really not sure that they make much difference to anything, given the amount of handling people give them to try and get them on. It did though add to the perception of cleanliness in the hotel, with staff often busy cleaning things. My little breakfast selection, rolls, salami, gherkins, cheese and the like, alongside tea, orange juice and a heap of fruit in a bowl which wasn’t the highlight of the arrangement if I’m being honest. I only noticed they had different doughnuts towards the end of my breakfast, but I felt it only right to try one of each. They were suitably decadent and I might have had more if I wasn’t already full from trying to eat fruit. I’m not sure I’ve seen these in an Accor hotel recently, but their appearance should be more commonplace as everyone knows doughnuts are an essential part of breakfast.

Anyway, this was a really well managed hotel and I was very pleased with my room and its view. The staff were all friendly, personable and attentive, and everything felt like it was under control in all parts of the hotel. It was really quite marvellous to hear nothing other than the sea crashing onto the beach during the night, all peaceful and calming. 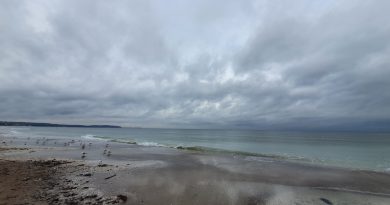 Sopot Walk – Snow on the Beach 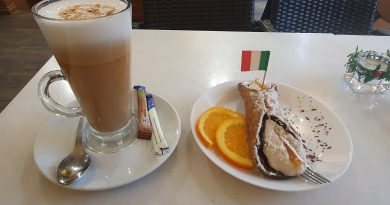