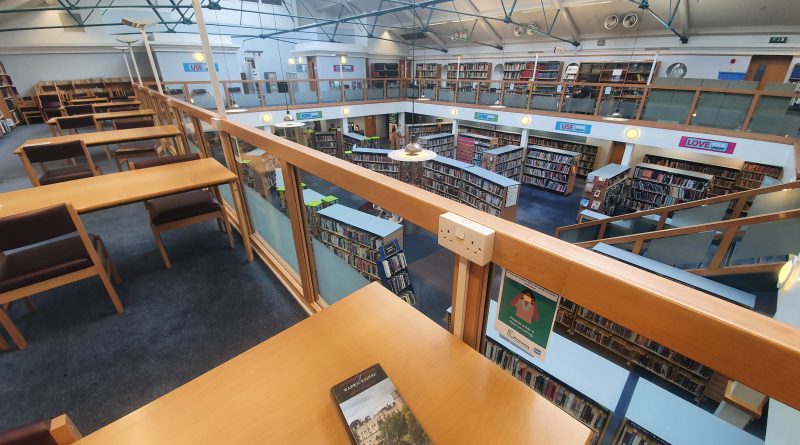 I visited Warwick library yesterday and it’s fair to say that that wasn’t the most memorable of visits. But I’ll moan about that another time. I was much more engaged with the public library at Royal Leamington Spa, which is located in what was the swimming pool of the Royal Pump Rooms. The building has thoughtfully been turned into something of a complex which has numerous functions, including an art gallery, museum, library, cafe and tourist information office. The upstairs area of the library, with plenty of seating and also a substantial collection of local history books, something which I very much approve of. With a little imagination I can see this as a swimming pool and it has retained its light and bright feel. Here’s a photo of what it looked like not that long ago as it only became a library in 1999 (it was in use as a swimming pool between 1890 and 1989) – https://www.ourwarwickshire.org.uk/content/catalogue_wow/leamington-spa-swimming-baths. Apparently the old steps into the swimming pool are still there, they just go into the basement of the library now where the stores are. The library has Pevsner, a key measure of a competent library as far as I’m concerned. Indeed, the selection of books was broad and I was quite impressed by how everything had been set-out, this felt like a well managed library. The staff seemed to spend nearly all of their time dealing with questions about why the printer didn’t work, but they remained helpful and engaged by the whole thing. Incidentally, I liked that all of the tables have readily accessible power points, that’s a useful touch for how people use libraries today.

All really rather lovely, delightful to find a library which has plenty of seating space, wi-fi, power, lots of local history books and an environment which isn’t stupidly loud. 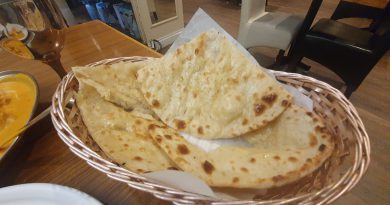 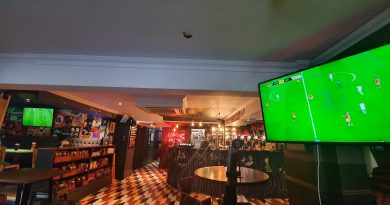