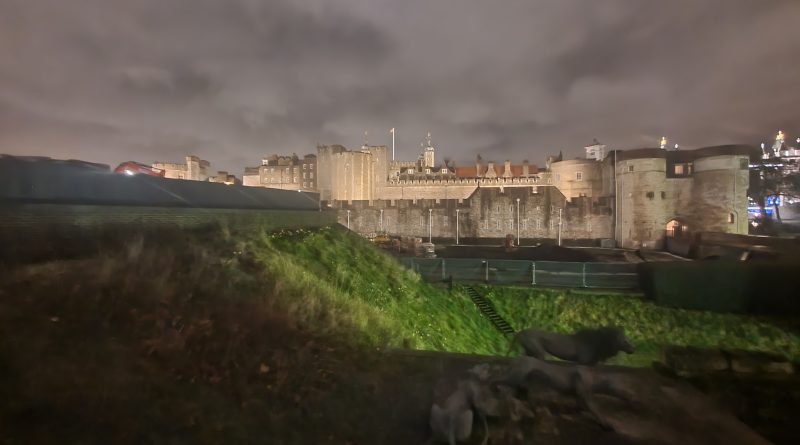 Last year I went to look at the poppies that they put in the moat of the Tower of London, this year they’ve dug the moat up to grow wildflowers. As an aside, I still think it’d look better with water in it, but it’s been a dry moat since it was drained during the nineteenth century. The Tower authorities are making some big holes around the place as they’re planting 20 million seeds this spring so that they flower from June to September, to mark the Queen’s Platinum Jubilee celebrations. There will be chance to walk amongst the wildflowers, but I imagine that’ll be expensive, so I’ll just return in a few months to take photos from the same elevated position. I’m sure it’ll look impressive when the flowers grow (and probably play havoc with my hayfever), it certainly looks like they’re going to a lot of trouble to get it right.

And as an aside, here are a few more photos of the exterior of the Tower of London at night whilst I was meandering around it.