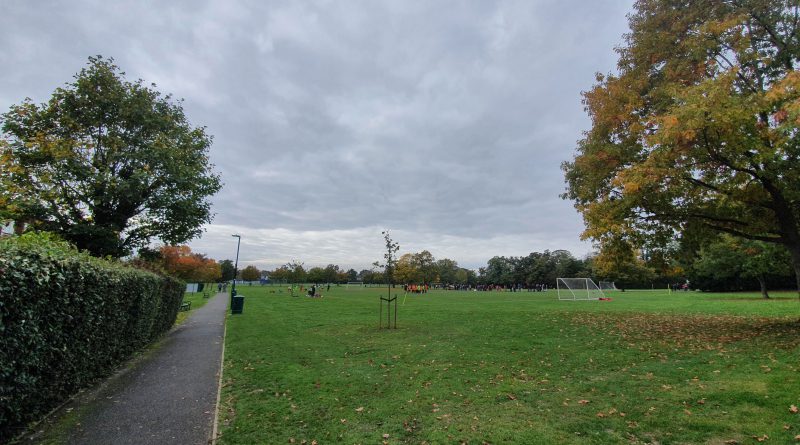 I’m not usually too engaged with parks, but this one has an interesting backstory which is explained on this information board. In short, this was formerly land belonging to St. Laurence’s Church and the monies from this supported the parish. As the town of Hornchurch was increasing in population size exponentially from the 1920s, the authorities thought that it was probably best to get some space sorted out for a park.

The information board suggests that there was a little argument between the Church Commissioners and the town when the sale was talked about in 1927. However, in 1929, the sale was completed and Hornchurch had a lovely new park. It was kept open during the Second World War and some air-raid shelters were constructed, although these were taken down in 1948 to build an ornamental garden. And the park today, it was being used by numerous sports teams, dog walkers and individuals when I meandered around it. This is what the area looked like in around 1920 when it was still glebe lands, it’s the square area which conveniently (for the purposes of this post) has the word Upminster in it. 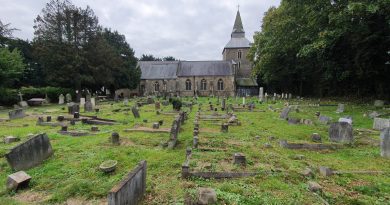 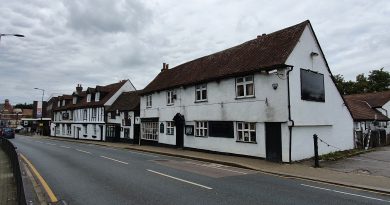 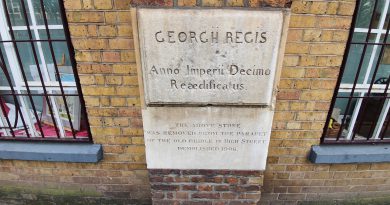