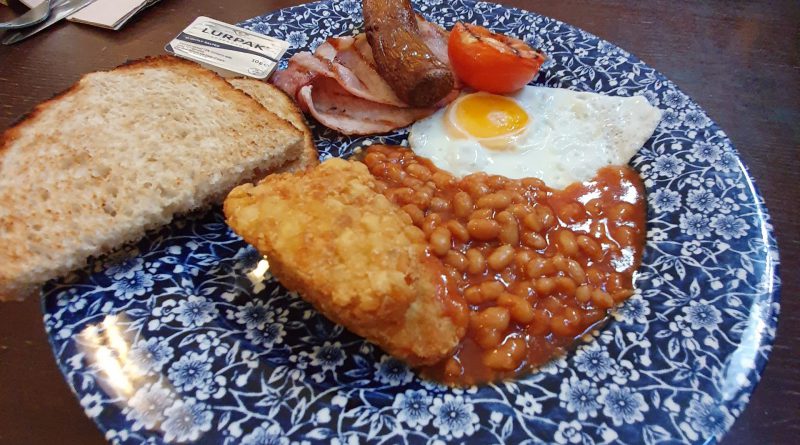 I have to confess to another little trip to JD Wetherspoon for breakfast, since it’s cheap on Mondays to Wednesdays and also much cheaper than anything that the Wembley Ibis was offering. I last visited this pub in 2012, so have managed to forget everything about it. It’s a much larger pub that I expected (I’m not sure why I expected anything since I’d forgotten everything about it, but I digress) and it wasn’t particularly busy either. The interior is all inoffensive and clean and JD Wetherspoon opened here in 1989, so this is one of their earlier projects. Before it was used as a licensed premises, this was the shop which was run by William Perring & Co Ltd, House Furnishers. Another photo of the interior. The staff here seemed friendly and welcoming, so it was a comfortable environment. I don’t know if they still do it, but I know a few years ago that surge pricing was in operation here, so prices were higher on match and event days, since it’s near to Wembley Stadium. It must be challenging running a pub like this so close to Wembley, as the volume of customers would be potentially huge in a short period of time. The pub has this display about John D Barrow, a cosmologist who was born and educated locally. He died a few weeks ago, on 26 September 2020, aged 67. And the £2.99 traditional breakfast, which was all as expected. Not more to add about these, they’re cheap and cheerful, with the quality of the ingredients being OK.

So, a perfectly nice pub, and they’ve also handily made sure that there are plenty of power points for customers, which is always useful (well, for me). Friendly staff, clean environment and a suitably interesting range of beers. 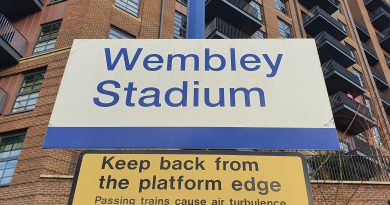