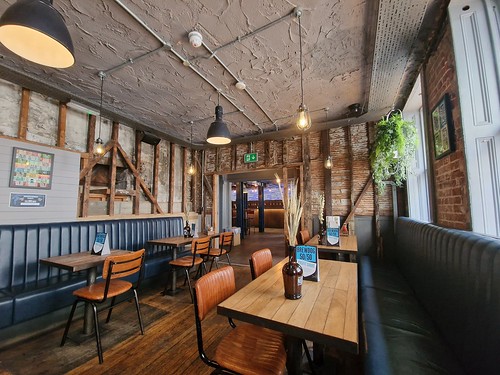 As some of the Long Distance Walkers Association NEC members were in Norwich for the Summer Poppyline challenge walk, I led a short walk around the city. And, all good walks need to start in a pub, in this case Brewdog in Norwich so that Stuart could tick it off his list. It was of course to see Julie and Stuart, especially given how far they’d come for the weekend, from Scotland and Wales respectively. 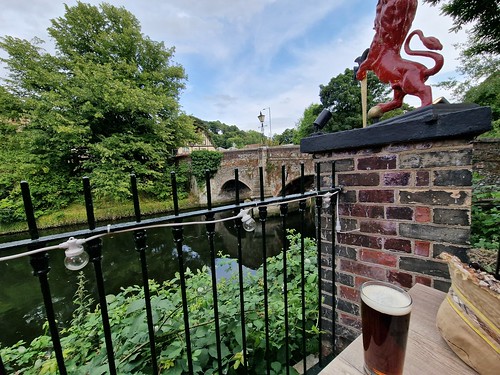 I haven’t been in the Red Lion at Bishopgate since the change of ownership during lockdown, it’s got a rather lovely river view and location. The beer choice isn’t as inspired as my other favourite pubs in Norwich and there was an absence of welcome which I thought was a shame. I think it’s more food orientated though, so perhaps that’s what they’re focusing on. However, it’s hard not to enjoy the rather lovely surroundings of the pub, with Bishopgate Bridge in the background. The bridge was built in 1340 and is still standing (I hope the bridge Liam is currently building lasts for 700 years), although the tower was taken down in 1791 as they were worried it was structurally unsound. The bridge was used for road traffic until the 1990s and it’s now pedestrians and bikes only. 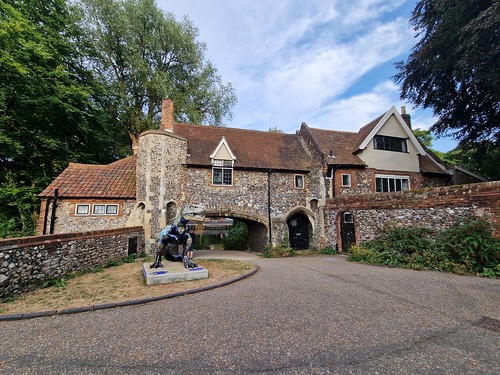 Pulls Ferry, a fifteenth century building at the site of where a ferry operated until 1943. It’s also the entrance to where the canal was built by the monks in the late eleventh century to transport stone from the River Wensum to build Norwich Cathedral. And standing in front of the gate, one of the city’s dinosaurs. 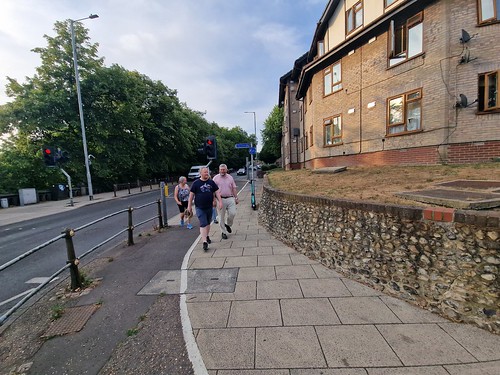 What I thought the group needed was a nice hill and I expected Stuart to report back to Dave Morgan just how Norwich can deliver hills. 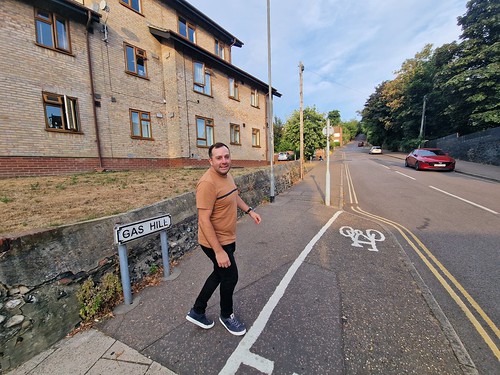 Liam, ready to start the trek up Gas Hill, along with Karen, Richard, Stuart and Julie. They were very brave to take on this challenge. It’s a lot steeper than the photograph suggests. The hill is named after the gas works that were built here in the Victorian period, but unfortunately they’ve recently pulled down the gas holder which I thought for heritage reasons should have been kept. 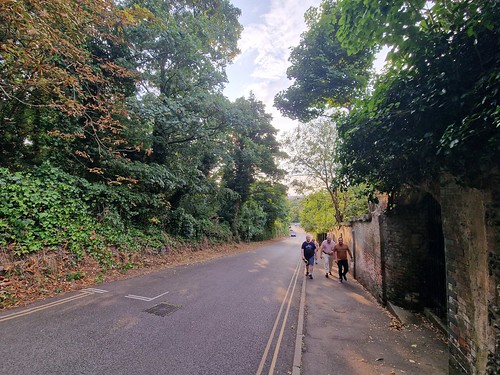 Nearly vertical and there was a lot of complaining about the extreme heights, the lack of oxygen and why were we walking up such a big hill. I ignored it, I couldn’t be dealing with that negativity. Actually, Karen didn’t complain at all, I’m not sure that she even noticed we had climbed a hill at all. 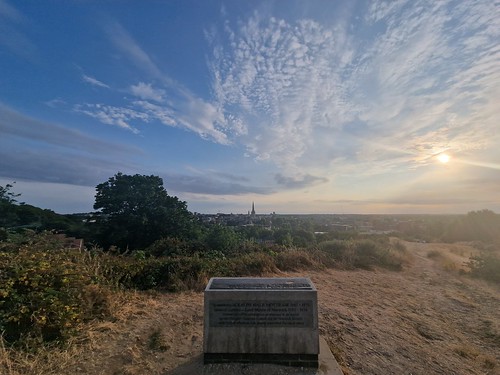 And the climb, which took nearly six minutes (which to me is the upper limit on any climbing challenge), was worth it, there’s Norwich looking rather lovely. Norwich Cathedral is the centre with Norwich City Hall standing just next to it. This is the view that Robert Kett and his army would have had during Kett’s Rebellion of 1549. Although he was executed for treason, they did at least name a road after him which leads up here. 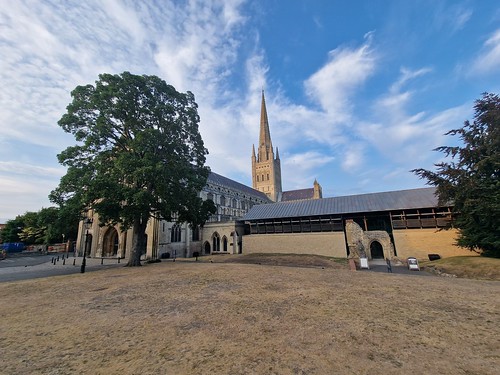 The walk to the pub went via Norwich Cathedral as it would feel rather odd not to include this magnificent building in any sojourn around the city. But the main part of the weekend was the Summer Poppyline the next day, with some very excited NEC members ready for their big walk. Stuart was besides himself with excitement, especially when it was mentioned to him that the challenge event didn’t just go up Beeston Bump Mountain, but another two nearby hills as well. Anyway, I feel I’ve dwelled (or dwelt, depending on your personal preference) on the matter of hills a little too much in this post….