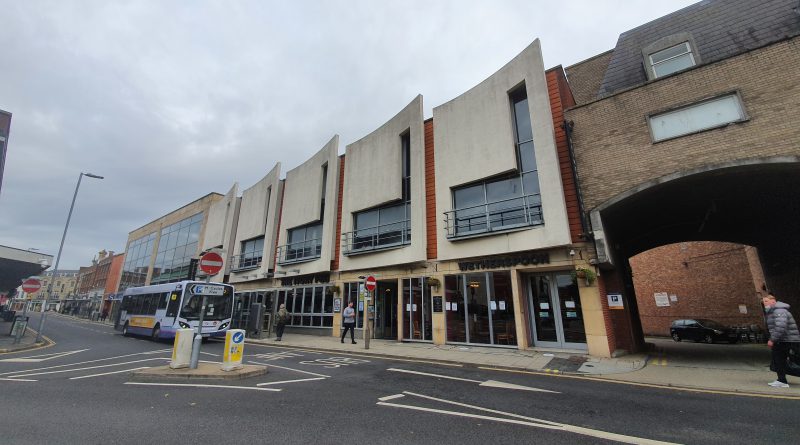 Before working around some Good Beer Guide pubs in Chelmsford, I thought I’d quickly pop to the only JD Wetherspoon outlet in the city, which is the Ivory Peg. Unlike many Wetherspoons, this one hasn’t managed to get into the Good Beer Guide, but has managed to pick up quite a lot of negative reviews.

The welcome was fine, although I was sent to the ‘order by app’ area of the pub which was full, so then just went to the table service area. And then ordered by app, which hopefully didn’t irritate anyone. I’m sure that worse crimes have been committed in the Ivory Peg. The Old Growler from Nethergate brewery, which was better than I expected in terms of the richness of taste and it was well kept. I ordered the standard burger as well, which was perfectly well presented and cooked, although this JD Wetherspoon is the only one I’ve encountered recently which is still asking customers to meander around the pub to look for their own condiments. All desserts are £1.99 in JD Wetherspoons between Monday and Wednesday at the moment, so I went for this chocolate and salted caramel tart which is new to the menu. The ice cream was a bit littered with ice crystals, but the tart was flavoursome, albeit perhaps slightly gritty in texture. Hard to complain for the price though and the service was timely and friendly.

I had a little look on TripAdvisor for reviews that might amuse me, even if no-one else. I liked this one from a couple of weeks ago….

“Was having a drink with a mate this evening,it got very noisy as a big group came in shouting swearing no social distancing, 2 of the group spilled there drinks on the table so they thought they would lick the table bloody disgusting manager saw all of this but done nothing”

“I asked the “red head” manageress TWICE to switch to ITV channel perfectly nicely so I could watch the rugby World Cup (it was showing a Sunday morning chat show that no one was watching), and was told “I don’t think I have that channel” – I’m off to The Fleece where the rugby is on all TVs.”

I never quite understand why customers don’t just go to pubs that are showing sports rather than try and demand a pub change and then leave 1/5 reviews when they don’t…. But each to their own.

“My girl friends and I like a good drink when we get together which not as often as we like. We spent over £100 and came out virtually sober. The drinks are thoroughly watered down. The way in which the bar staff sloshed it in the glasses said rather a lot. The service was so slow too. HEAD OFFICE YOU WILL BE HEARING FROM ME!!!!”

I think the pub manager sounded as confused about this as anyone, but the chances of Wetherspoons watering down alcohol is IMO pretty much zero.

Anyway, I doubt that this will be the best pub that I go to in Chelmsford, but it was cheap, cheerful and welcoming. All rather lovely. 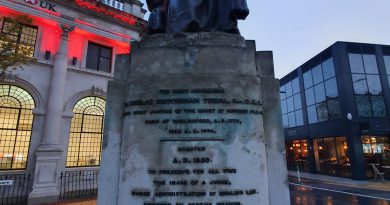 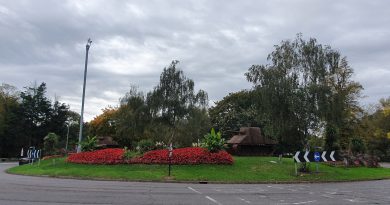 Chelmsford – Tank on a Roundabout 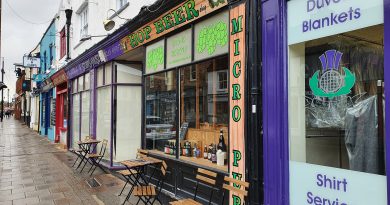