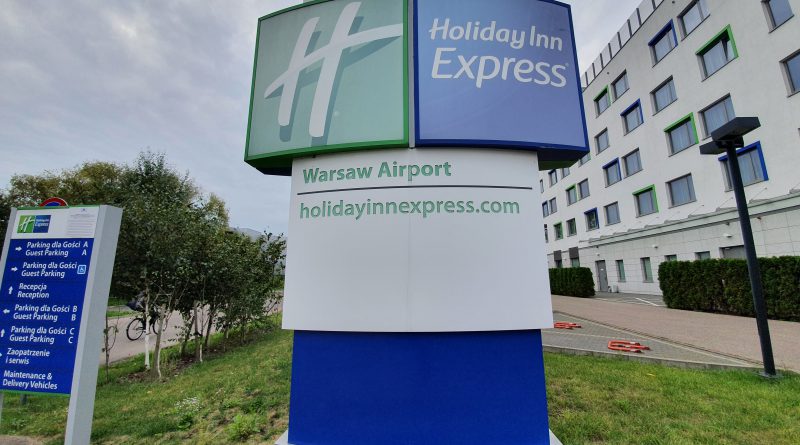 I stayed in Poland for ten nights on this trip and this was the only one not in an Accor hotel. This hotel isn’t the easiest to get to from the city centre, but it was cheap, coming in at under £25 for a room and breakfast. I had quite low expectations for the hotel, primarily as I don’t often stay in Holiday Inn Express hotels and I wasn’t quite sure what to expect. My first impressions weren’t marvellous as there was no-one on reception, but everything was clean and organised. And when the receptionist came along, she was friendly and helpful, so my general impressions were restored. The room was better than I had expected, all clean and sufficiently large. The desk is bigger than it looks in the photo and there were no noise issues either internally or externally. Unlike a few Accor hotels, there was no issue here with me having Zywiec Porter. I was now very impressed at this hotel, a reminder of just how easily pleased I am….. The breakfast in the morning was still self-service, the first one I’ve had since March, as other hotels have had staff serving customers. I liked the set-up and it was nice and quiet, so I felt it was all still safe. They’ve made the process safe by removing the serving spoons, which I’m not entirely sure is the best solution here, but there we go. There was a sufficiently wide selection to chose from, including cold meats, cheeses and best of all, hot dogs. And I’ve missed those, they were a staple of mine when I went to the Ibis Budget in Torun earlier in the year.

The reviews for the hotel are generally very positive, although someone was livid earlier this year:

“I chose the HIE since I love the IHG brand. The night prior i stayed at the Intercontinental in Budapest and had an incredible experience. I stay in IHG hotels 60+ nights a year. I rarely if ever complain but in this case, I have no choice and I must alert other business travelers to this hotel. I will also send a certified letter to the CEO of IHG it was so bad. Once I landed at the WAW Airport, I called the hotel to have a pick up at the airport.”

The problem was that the shuttle wasn’t there and the receptionist insisted it was, so there was a misunderstanding. I’m not sure that the CEO of IHG would be too concerned at the misunderstanding, but there we go…..

Overall, I was suitably impressed at this hotel and thought it represented excellent value for money given the price being charged. I wasn’t going to or from the airport when I stayed, but it is conveniently located for that and I think that there’s a free shuttle available (although it might be late judging from the above review). I’d certainly stay here again, my initial low expectations were certainly surpassed. Very lovely.