Kensington and Chelsea (Borough of)
January 11, 2021London, The Bolton This visit to the Bolton in Earls Court was last year, before the pubs in London were shut down by one of the later lockdowns. The pub was built in the 1890s and although the Victorian interior has been largely replaced, it’s still got a comfortable and historic feel to it. The beer selection was better than I had anticipated it would be, especially given the challenging trading conditions at the time. The Tiny Rebel Stay Puft Imperial Eggnog Marshmallow White Porter was excellent, a richness of flavour and Beer and Brewing Magazine have an interesting take on the whole white porter/stout issue. Looking at Untappd, the score for this beer isn’t that high, although that does seem perhaps a little harsh given the innovative concept which seemed to me to have worked. The Forest Bänger by Põhjala was a reminder to myself that I will hopefully get to Estonia in 2021, a lovely flavoured beer with only the minor problem to me that the mouthfeel was a bit thin and it needed some more body. But, two very decent beers. Oh, and just for Nathan, both beers were at the appropriate temperature. And, just for Liam, the label on the pump clip looked exciting. In normal times, the pub has a themed Dutch bar upstairs, Proeflokaal Rembrandt. This bar has over 100 different Dutch and Belgian beers, along with having themed evenings with local Dutch cuisine. Alongside more substantial meals they of course have Bitterballen, but they also have Bierbitterballe which have a beer batter. I’m very tempted indeed….. Shame they don’t have a FEBO selection, but I’m not sure that they would consider this fine Dutch cuisine (even if I do). That’s a decorative ceiling in the toilets….. I visited at a time when customers had to order food alongside their drink, and the fish and chips was absolutely fine. The portion size looks a little small in this photo, although that’s partly to do with the size of the plate. The fish was tender, the batter was crispy and flavourful and just as importantly it wasn’t greasy. The chips were firm and appropriately cooked, so everything was as I expected. Perhaps it wasn’t exceptional, but tasty and hot is certainly good enough.

The staff were engaging and keen to help, despite some very trying circumstances at the time (I mean the health issues, not me as a customer). There was perhaps some slight confusion as to their policy on how many drinks a customer could have with their substantial meal, but the eventual conclusion seemed to be that it was fine to have a few drinks as long a meal was ordered. The pub did get relatively busy, although that was partly because a quiz was taking place. I’m not particularly much of a fan of quizzes and I’m not sure it did much for the atmosphere, but if it brings customers in then that’s all good. There was also something of a community feel to the whole arrangement as well, despite the large size of the building which can often make things seem a little anonymous.

I liked this pub, the Dutch vibe running throughout the concept, the selection of beers and the cleanliness of the venue all made for a comfortable visit. It’s a shame that they’ve picked up a few negative reviews recently because customers didn’t like how they were dealing with the current health restrictions. The complaints seem to be rather unfair, but at least we knew that the pub was taking the rules and regulations seriously to protect customers and staff. This is another pub that I’d go back to, and likely will when I next go to the Ibis Styles in Kensington…. 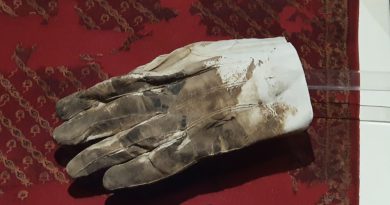