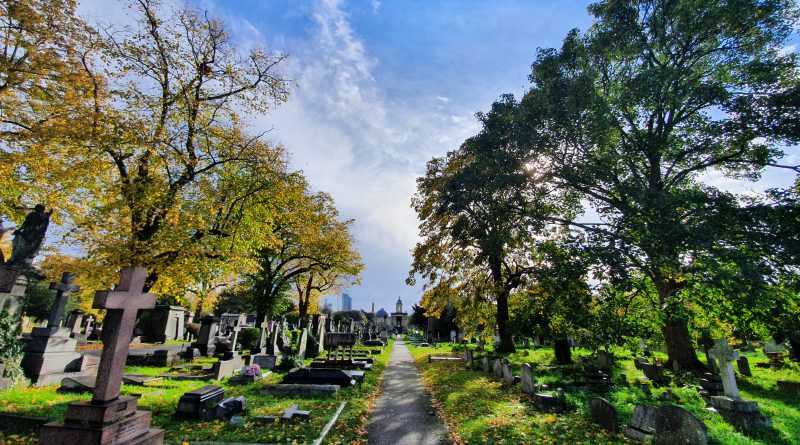 Formerly known as the West of London and Westminster Cemetery, this site was opened in 1840 to take pressure off churches where space for new graves had pretty much run out and it was also presenting problems to human health. There are now 35,000 monuments here and burials continue, with an estimated 200,000 people buried at the cemetery. The site was previously used as a market garden and there was more of a countryside feel to the area at this time.

There were numerous other similar cemeteries build for the same purpose around London and they received the name of the ‘Magnificent Seven’. Most were on hills and so were easier to present as an interesting landscape, but this area was flat and so more buildings were added here to add character.

The cemetery is now managed by Royal Parks and they’ve put together a list of 100 things to see, mostly graves but also some trees and memorials. There’s a map as well on-line and although a few graves were marked in the wrong place, it was otherwise a useful way of exploring the enormous cemetery. After spending a couple of hours here I rather exhausted myself out with reminders of the dead, still only getting around halfway through the highlights of the cemetery.

Lots more photos to follow, but here are a few…..