This is my first stay in an Accor hotel since March, with an offer rate of just over £25 per night including a basic breakfast. I’m not sure that I’ve seen that rate in a relatively central London hotel operated by Accor, so it seemed appropriate to take advantage of it. The bar area, located next to reception. I think I encountered four staff members during my stay and I’d say that they were all friendly, welcoming and engaging, so that was rather lovely. Check-in was swift, informative and polite. The sign at reception explaining what’s changed. Cleaning is now only offered on the third day and breakfast has been switched to a bag offered at reception. I had guessed this, but it’s perhaps inadequate that Accor don’t make this clear. Accor’s press office says that every hotel offers the same breakfast (I had wanted to ask numerous hotels what breakfasts they were doing, something they’re communicating badly), but this is a complete nonsense and their PR agency does no-one any good by suggesting it is. They didn’t offer the same breakfast before, so why they should be now, I have no idea. Anyway, I digress. The wall decoration in the reception area, a really quite nice and decorative map of the local area. There’s a Japanese theme to the hotel. I’m not sure why and it seems a bit of a half-effort, but I do like Ibis Styles themes. This is the single and small room, a feature of many hotels in the Kensington area of London (and many other areas of the city as well). In terms of cleanliness, it met my expectations, but I saw no evidence of a deep clean for a few reasons, such as the staff hadn’t realised there was nearly no soap left which I’d suspect would be obvious if everything was spotlessly cleaned and checked. But, expectations have to be a little measured given the room price and how many staff they have to clean the rooms. I thought the cleanliness was fine, just not perfect. That floating ‘l’ annoyed me. Not in a big way, but just a little bit. The breakfast, which remained the same every day other than on my final day when they mixed it all up by swapping the Coco Pops for a Frosties bar. It’s a nice effort, I thought the hotel did fine on this. The drinks voucher was offered, the welcome gift wasn’t. In normal times, that is rare for an Ibis Styles, but my expectations were more measured given everything going on. There was a choice of what I would considered to be three bloody awful beers and this was the best of a bad lot. It’s fair to say though that most people aren’t as bloody awkward about beer choices as I am (although I can name one). But, having said that, Ibis Styles is meant to be an on-trend brand, it’s time it moved on from rubbish beer like other hotel chains have done. Well, some hotel chains. In normal times, this was the breakfast area. The coffee machine, alongside spare coffee sachets and tea bags, was kept in action for those who wanted to venture down to the basement.

So, all told, I thought that the hotel was doing really well. The staff seemed happy, they were engaging and friendly, the hotel public areas were kept clean and there were no noise disturbances. The air conditioning was better than in some hotels, but it never really chilled the room to the temperature that I like (frozen). There’s nothing essential that I thought that needed changing (a better beer selection would please me, but it’s hardly critical), so the value for money was excellent given what I paid. 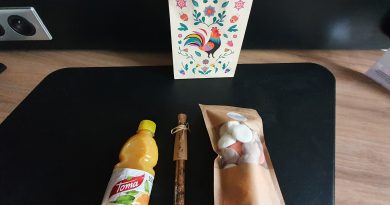