I’ve never seen one of these machines, but it appears that the company operates around 75 of them, primarily in London, but also at some transport hubs. They’re a way for customers to place in foreign coins and notes and get back out UK pounds, or another currency. They even accept pre-Euro currency, so an opportunity to get rid of some old French francs. The rates aren’t though the best. 1,000 Polish zloty are currently worth just over £200 (which is good, as they were lower a few weeks ago and I’m off there next), but this machine would pay £175 (or just £120 if coins were paid in). Looking at companies who provide buy-back, they give back from £195 at best (currency on-line group to £181 at worst (RBS). However, for convenience, the rates aren’t too bad in the scale of things and the banks don’t generally accept coins at all.

It’s a marvellous idea though and I might look at my little currency reserves, which are very small, as there doesn’t seem to be a minimum transaction size. A very good idea and the transparency of having the rates on their web-site is also useful. 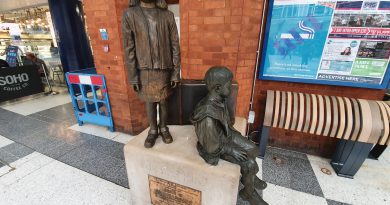