I have no in-depth knowledge of these, but there’s plenty of information at https://en.wikipedia.org/wiki/Metopes_of_the_Parthenon about these metopes. They were carved in around 446BC and have had quite the adventure over the centuries.

But, the bizarre situation now, and without getting political, is that the main sections of some of them are in the British Museum and the heads of these figures are still in Athens (and some are dotted around other parts of Europe). This is South Metope VI (SM7) and the catalogue description for this reads as follows, split into three different sections.

Parthenon SM.7 (Paris)
Title: Parthenon, South Metope 7
Collection: Paris, Musee du Louvre
Subject: Head of Lapith
Subject Description:
The head of a young Lapith belongs to metope S7, now in the British Museum. He has short hair, large eyes rimmed with thick lids, a mouth with a full lower lip and no beard. The head is represented in an almost frontal view, though the left side is not completely finished.
Condition Description:
Head in relief, broken across back. Nose in broken and worn. Heavily weathered

So, anyone who wants to see study this metope will have to pop along to the Louvre, the British Museum and the Acropolis Museum. It’s not ideal…. 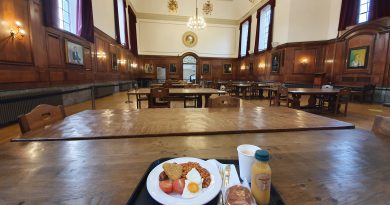