I like this print which is in the collections of the British Museum as it’s painted at Postwick Grove. I’d never heard of this place until we walked through it on Saturday, but it’s a once quiet area of the city where painters would come and be inspired by the peace and countryside. These painters would have also walked the similar route to the one we did on our 22-mile walk (more on that soon), although they didn’t have to cross the Norwich Southern Bypass.

The print was produced by John Sell Cotman and there’s no precise production date, just sometime between the dates of 1813 and 1838. Handily the museum knows that it’s from before 1838 as Cotman included it in a book which he produced in that year, the ‘Liber Studiorum – A Series of Sketches and Studies’ published by HG Bohn. The print isn’t on display in the museum and was acquired by them in 1902 from James Reeve, a long-time custodian of the Norwich Castle Museum. This is what the artists would have seen at Postwick Grove, with the railway line to Reedham and Great Yarmouth to the top of the image, but it’s missing the huge dual carriageway which now ploughs vertically through the area. The addition of the Norwich Park and Ride parking area hasn’t done much for the peace and quiet either, but there is still an element of tranquility left. 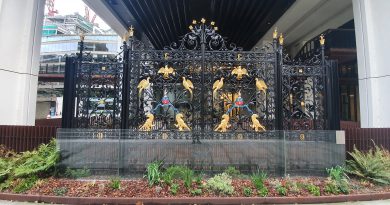