This is the third time that I’ve taken the Greater Anglia service from Norwich to London Liverpool Street over the last month, another £10 bargain fare. Although the first train service into London for that price left at 13:00, arriving under two hours later. As with my previous journeys, the train was quiet in Norwich. It was also clean and well presented, with all of the power points working well. The train became busier towards London, although it was nowhere near packed. There were frequent announcements that made warning that customers might be fined £100 if they didn’t wear a face mask, but I’m not exactly sure who was meant to be doing this enforcement. I haven’t seen any presence from the British Transport Police on any of my recent journeys, so I suspect it’s just said more out of hope than anything else. There was high compliance with the rule though, with customers not moving around the train much. The train arrived into London Liverpool Street on time and, unfortunately (or probably fortunately really), it was all rather uneventful. I still think that this new train looks beautiful and graceful, just a slight shame that there are so few people on the bloody thing. 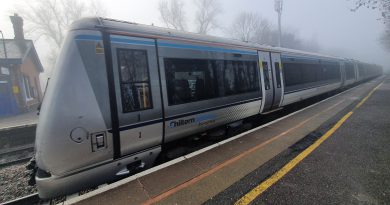