To get to our GeoGuessr location, we needed to leave Birmingham to get a train to Rugeley Town and then walk from there. It’s a bit of a walk when we’re there, but nothing that we can’t manage. There’s the train details on the information board and the service runs every thirty minutes. Now sufficiently well fed after the Greggs, it’s a relatively inexpensive return fare to Rugeley Town from Birmingham New Street. Birmingham New Street is also a grand railway station with a pretty relaxed feel to it, with the signage being sufficiently good to get us to the platform that we needed. I’ve never travelled on a London Northwestern Railway service before and it was on time, clean and looked relatively new. There were no power points on the train and Nathan complained slightly about the slow wi-fi, but it was sufficiently comfortable for our journey. It had originally come from London Euston, but most remaining people on the train got off at Birmingham New Street, leaving us a quiet thirty-five minute journey. There’s also a story about blood and a carrot, but more on that later.

Then there was a little bit of a coincidence. I mentioned earlier a lady that we helped to get into the toilet on the Megabus journey and I thought nothing more of that after writing about it. Anyway, this nice lady was also on the train and we had a conversation about where we were going, which was also the same railway station of Rugeley Town. She asked us if we chose where to go randomly, which was a quite perceptive thing to say, since it’s entirely true. I’m not sure of the chances of someone in Norwich also going to Rugeley Town and on the same train as we got. 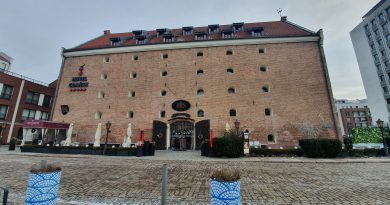