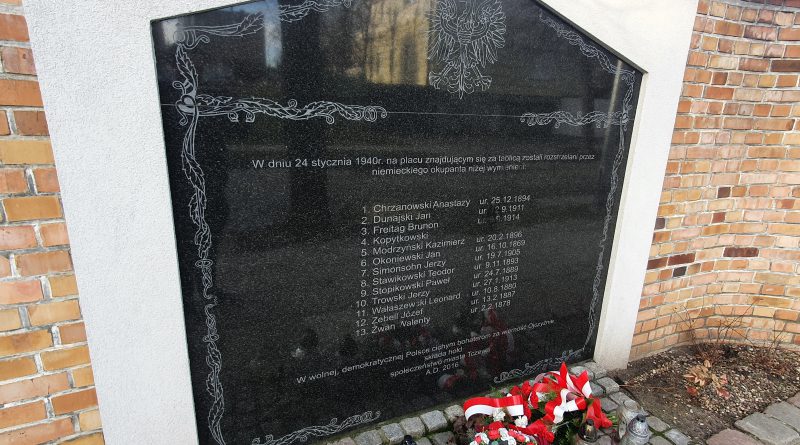 For reasons that aren’t entirely surprising, there’s not a great deal mentioned about this side of Tczew’s history, but I went to look for this after reading about the atrocity that happened here on 24 January 1940. As an example, there’s a very brief mention on the UK Wikipedia site about the mass murder, but only on the Polish Wikipedia site is there a page with details of the event. On the night of 23 January into 24 January 1940 there was a fire in a metal products factory in the town, likely caused by incompetent German troops who put an open fire too near cars to keep them warm in the cold conditions. That fire destroyed eleven cars and the German officials decided that they’d blame Polish dissidents who didn’t like the new German regime that had been imposed on them a few months before. The local Nazi officials wanted individuals to pay for this, some said that one person must die for every car destroyed.

A number of local Polish men were rounded up, partly by chance, but mostly as they were on lists of people that the Nazis didn’t entirely trust. They were arrested and their families told that they would be released after questioning. That was untrue, the thirteen men were taken to the pig market in the town and were executed. This was botched by the Nazis, it was said that some of their men were drunk and incapable of firing accurately, so the local Gestapo leader had to kill some at short range. This was Adolf Leister, who I understand was executed in 1944 by Soviet troops.

The memorial has the names of the thirteen men who died, a range of ages, with the victims being born between 1869 and 1914, with their bodies being dumped in the Szpęgawski Forest. This forest was used frequently to get rid of the dead, with 39 mass graves having been found here. No-one was ever caught for their involvement in this massacre in the town, despite attempts to hold Walter Becker, one of the commanders of the unit, responsible.

A plaque was placed by the site in 1945, although it has since been replaced with the current one and moved a few times because of nearby developments, not least the construction of the fire station that is now on the site. There seems to be a lot of confusion as well about the exact names of the dead and a lack of clarity about exactly what happened that night. What is certain though is that it was a war crime that took place so early on during the war, marked by one of many memorials around the town. 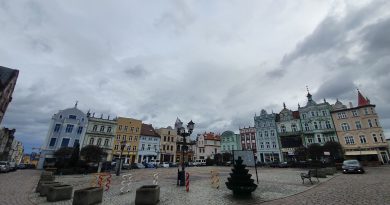 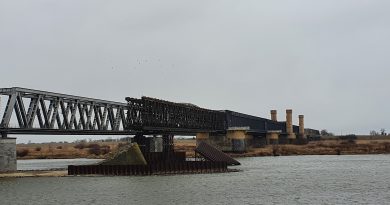 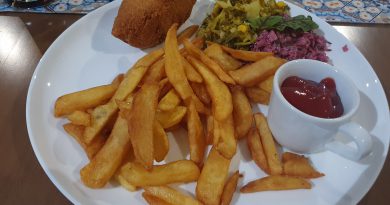