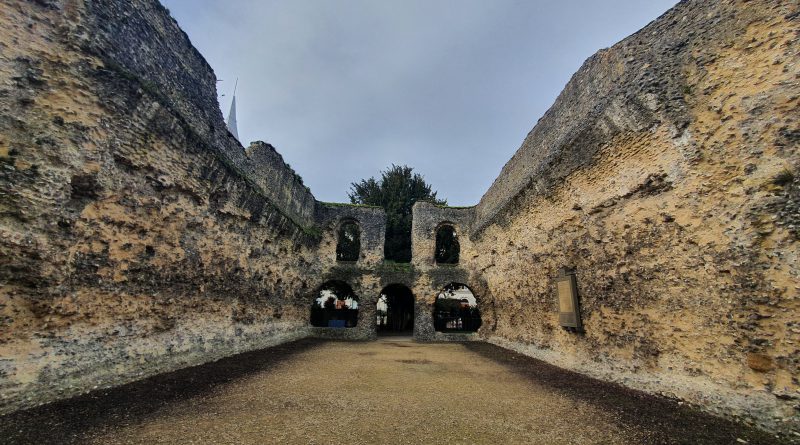 I was disappointed yesterday when Storm Eunice meant that the abbey ruins were closed, but relieved that they had reopened today, with this being my favourite part of the remaining structures. It is perhaps somewhat unnecessary to have a favourite part of a ruined building, but the history that is encapsulated in just this relatively small area is substantial. It was once the chapter house of Reading Abbey, and this is a sizeable space which was once around twelve metres in height. Norwich Cathedral, which I use to compare sizes, has lost its original chapter house, but the footprint wasn’t anywhere near as large as this. Within this space the House of Commons met on more than one occasion when the Royal Court was in Reading and that alone makes it feel quite a special area. I accept politics has changed somewhat, but when the King was here and the Commons and Lords met at the Abbey, this was the centre of all power in the country. The remains of the vaulted ceiling is visible towards the top of the wall, it must have all looked quite grand when it was standing. And if that wasn’t enough, this is also where King Henry II met Heraclius of Jerusalem in 1185. By this time the religious institutions had pretty much forgiven Henry for his role in the execution of Thomas Becket, and Henry had apologised for going to Canterbury Cathedral and letting the monks hit him (I wonder if that’s a precedent for rogue political figures, but I won’t stray further into politics and I doubt that the Archbishop of Canterbury would fancy getting involved in that). However, Heraclius wanted Henry to send an army to Jerusalem, preferably led by himself, but the Monarch wasn’t having any of that. And that decision, likely a very sensible one, was announced in this space. I like that. This stone represents the ‘Sumer is icumen in’, a thirteenth century tune (although I think it’s called a round, but medieval music isn’t one of my strong points). The document with the musical score is in the British Library and comes from Reading Abbey, although it likely wasn’t originally written here. The modern English version of this little ditty is:

“Summer has arrived,
Loudly sing, cuckoo!
The seed is growing
And the meadow is blooming,
And the wood is coming into leaf now,
Sing, cuckoo!

The ewe is bleating after her lamb,
The cow is lowing after her calf;
The bullock is prancing,
The billy-goat farting,
Sing merrily, cuckoo!

Lots of cuckoos, apparently this is a very important tune though. This relief marks the appointment of Hugh of Amiens as the first Abbot of Reading Abbey, a role which he held from 1123 until 1130, when he went off to be the Archbishop of Rouen until his death in 1164. Since the first Abbot is commemorated, it’s only right to do the same for the last, Hugh Cook of Faringdon, who refused to surrender his Abbey. He was taken to the Tower of London for annoying King Henry VIII, but was brought back to Reading for a show trial and he was executed at gallows near to the abbey’s gateway. 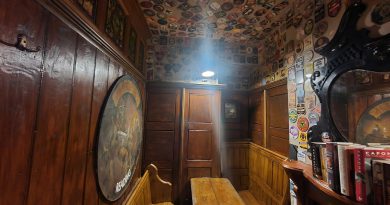 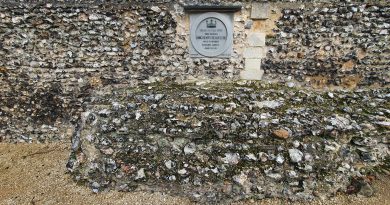 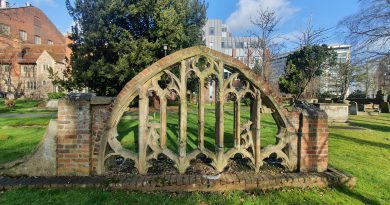