I’ve walked through Victoria railway station in London on probably hundreds of occasions, but until last week, I’d never noticed this plaque at the end of platform 8. It reads:

“The body of the British unknown warrior arrived at platform 8 at 8.32pm on the 10th November 1920 and lay here overnight before interment at Westminster Abbey on 11th November 1920”.

I can’t find a photo at the Imperial War Museums collection of the body at the railway station, but this is from the following day at Westminster Abbey. As an aside, it’s an interesting way to store a body….

Every year on 10 November, there’s a small Remembrance ceremony held by the plaque to note the sacrifice made by so many during the First World War and there’s more about the whole selection and transportation of the body at https://en.wikipedia.org/wiki/The_Unknown_Warrior. It was a really beautiful way of giving some comfort to families and friends of those soldiers whose burial place was unknown that their loved one could have been honoured in this way. 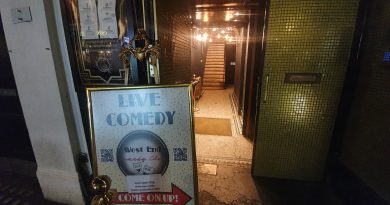