This sort of things always disappoints me and unfortunately Nuremberg has a problem with its history boards being vandalised, although it doesn’t have very many to vandalise. It’s a shame that the city doesn’t do more with its history in the central area, I was able to learn very little from information boards as they were so rare, or just damaged. 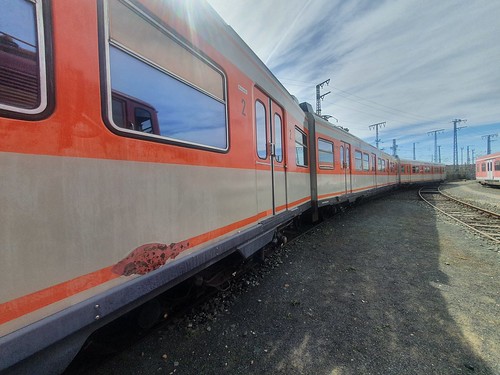 My morning, and indeed some of the afternoon was spent at the Deutsche Bahn railway museum. As is my habit, I took far more photos than I needed to, which are located at https://flickr.com/photos/julianwhite-uk/albums/72177720298286954 for anyone who might want to wade through them. It’s a large museum across numerous floors and some sections had English translations which was handy. It’s not of the scale of the National Railway Museum in York, but there are still substantial collections of trains and related memorabilia. 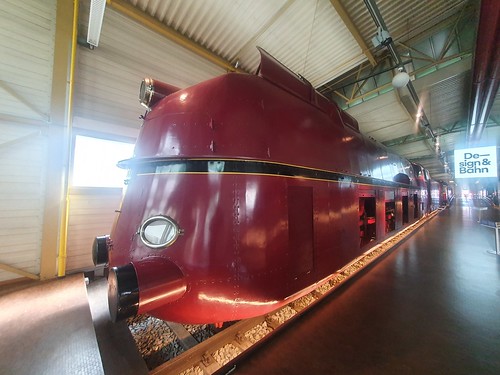 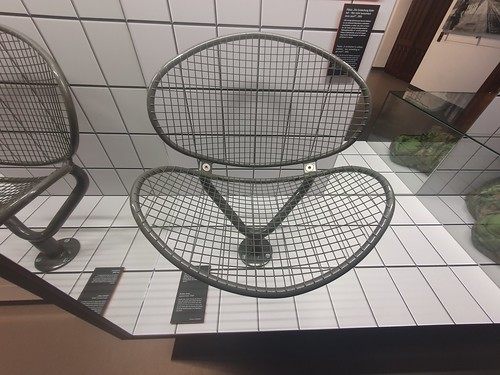 There are of course no end of photos of trains on the Flickr album above, but I was more interested in quirky exhibits such as this, bucket seats at a railway station from around 2000. This sort of thing is easily destroyed during the renewal of railway stations, so keeping some examples of them are useful for museums. 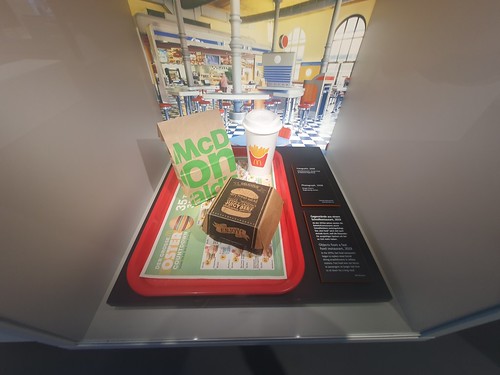 They’ve even thought to get an example of cuisine at railway stations today compared to the past. 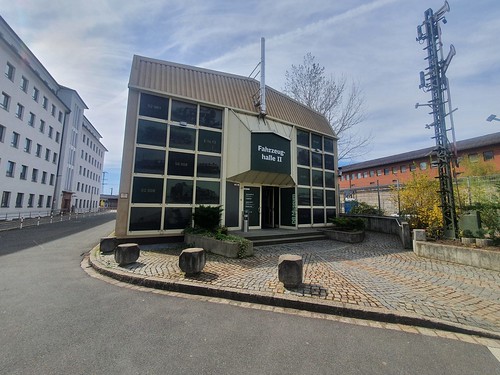 This is the second part of the museum, the large engine shed and the external area which is around a one minute walk from the main building. The museum suffered from a substantial fire in its stores in 2005 which wrecked numerous parts of their collections which wasn’t ideal to be fair. 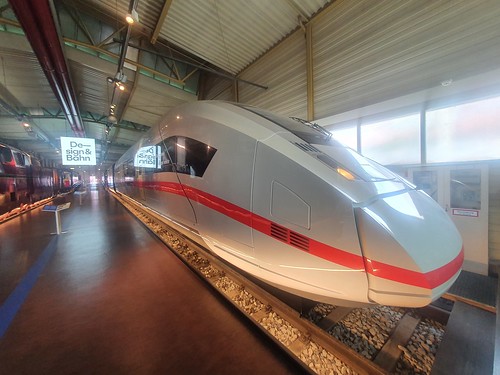 A mock-up of the ICE4, unveiled in December 2015 and these intercity trains are now in use across Germany. 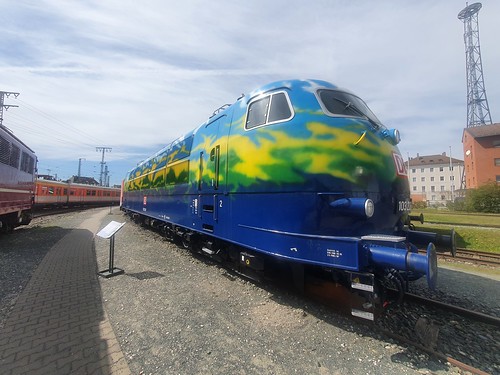 And from the outside collections, this is a paint job for the train from the early part of the 21st century, the ‘Touristik’ livery. 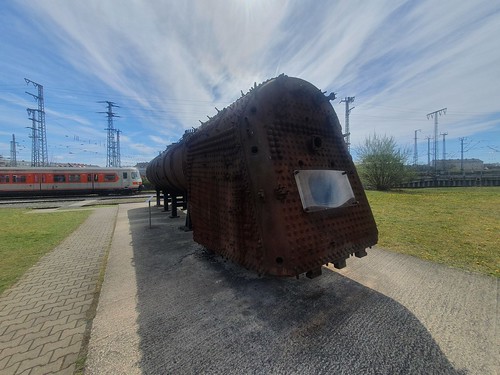 A locomotive boiler which seems rather past its best. The railway museum is definitely recommend though for anyone with only a passing interest in the subject matter, as transportation is such an important part of the story that it cuts across the social, political and military history of Germany. 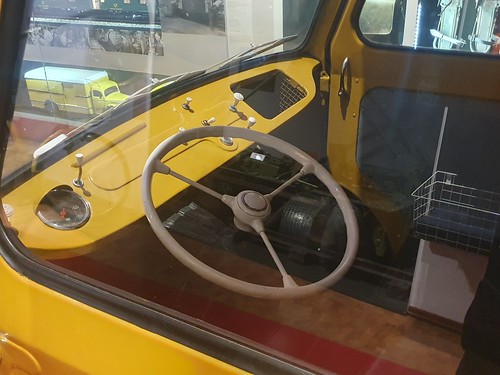 There is also a communications museum within the same building as the railway museum and entry is included to that, the album on Flickr is at https://flickr.com/photos/julianwhite-uk/albums/72177720298281152. It’s an interesting set of rooms, covering various forms of communication and this was a popular area with children. 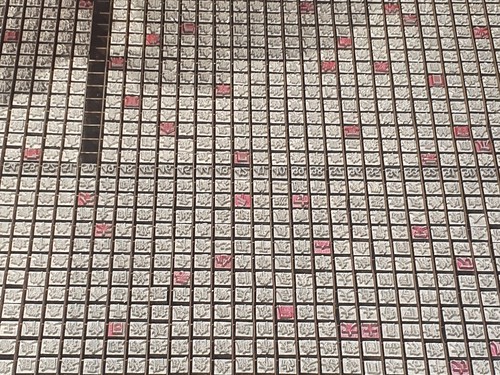 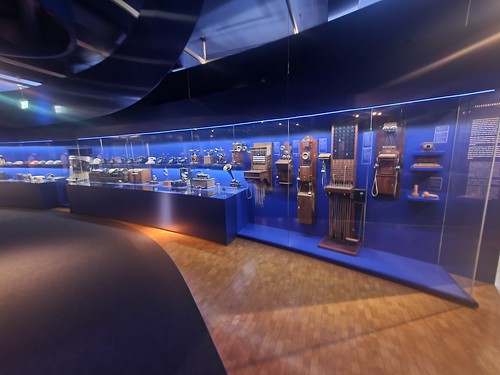 An exhibit showing the development of telephones over the years. One of the problems with this sort of arrangement is that at least the last 10% is from the time I’ve been alive, which makes me feel old. Even the mobile phones section makes me feel old.

This is the Ship of Fools sculpture, which was designed to be a fountain but which isn’t used for that purpose. It was designed by Jurgen Weber in the 1980s and was purchased for the city by Kurt Klutentreter.

The Hauptmarkt or central market place, there seemed to be a primary focus of stalls selling items to tourists rather than anything else, but it was generally busy.

I went for lunch at Trödelstuben and it is worth looking at the responses to their negative reviews on Google. I didn’t have any issues, I pressed the little doorbell as requested and the service was polite and friendly, with the interior having lots of Bavarian atmosphere. I was reading an article that Bavarians are friendly, but like to speak the truth, I’d say that the owner here was happy doing that, but I think that worked, there was a sense of fun and jeopardy about the whole arrangement.

I had a couple of different smoked beers, which is a beer style (known as ‘Rauchbier’ in German) which people tend to often love or hate, but I’m sold on it. This beer style has evolved into being used as a flavour with craft beer, it’s what I felt was the best thing about German beers from this region.

Sausages cooked in three different ways, this small sized variety is traditional for the Nuremberg area. The three ways of cooking are in vinegar, grilled and smoked, and I thought that they were all rather delicious. There’s sauerkraut, bread, mustard and potato salad to add to the arrangement as well. Service was efficient and I can understand why this restaurant gets so busy in the evening, it’s somewhere that feels authentic for visitors to the city without it being a tourist trap.

That’s a homely interior, it all felt suitably Bavarian and I didn’t have to wait for ages to pay, it was all efficiently managed.

The River Pegnitz which flows through the city, it’s a pleasant walk along the riverbank.

A #putinisnotrussia poster, one of the relatively few things relating to Ukraine that I saw during the week.

Exhausted with all this investigations into the railway museum and meandering around the city in the afternoon, I thought I’d have a relaxed selection of snacks from Aldi in the evening. Nothing like salami and beer for a decadent evening meal…..