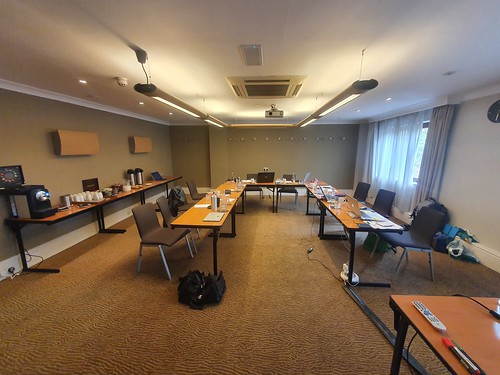 I’d get told off if I decided to do a behind the scenes post about the LDWA NEC meeting, so stories such as how Stuart and I were quite engaged about the hotel’s carpet will have to go untold…. It was though with more seriousness a very useful meeting and it’s great to meet in person once again. The above photo is our meeting room in the Novotel, which was suitably free from any external distractions. 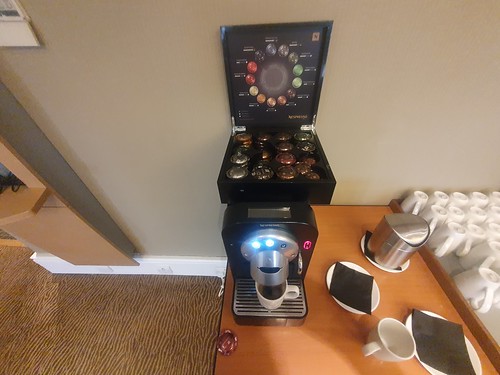 Being the sole of discretion, I also won’t mention who couldn’t work out the coffee machine. Apologies for those looking for revelations about the day, I fear that I will disappoint quite badly on this occasion. 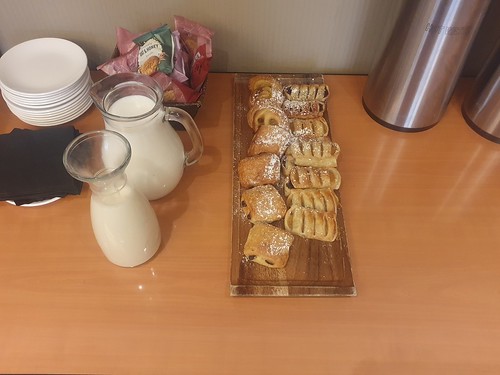 Well, that was lunch sorted. It was Bill’s first meeting as the LDWA’s general secretary and our first without Madeleine, so there was nearly no tea consumed. It felt like the end of an era and Stuart had to force the word “numpty” into the meeting.

On a serious note, there were lots of matters up for discussion at the meeting and the LDWA always welcomes new volunteers. And we have a number of NEC roles that become available in 2023 if we can tempt anyone to having a think about them…… Not to mention a new Strider editor, as Ken is only editing a maximum of three issues, which he has made very clear! We’ll communicate the opportunities to members frequently over the next year, but are always open to answering questions about where we need help. 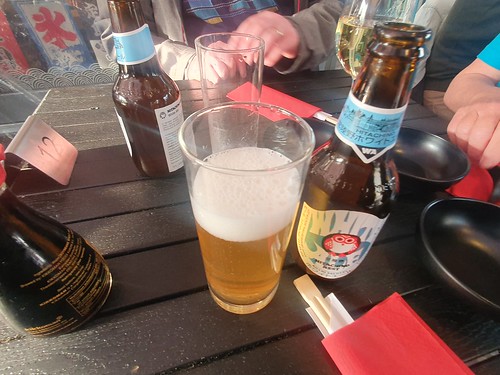 We faffed around a little deciding where to eat after the NEC meeting had been completed, but opted for the Izakaya Japanese Restaurant on College Green. I have rarely eaten at Japanese restaurants, or at least not ones with any air of authenticity, so was a little unsure of what to expect. The Hitachino Nest White Ale was flavoursome though, I was pleased with that. 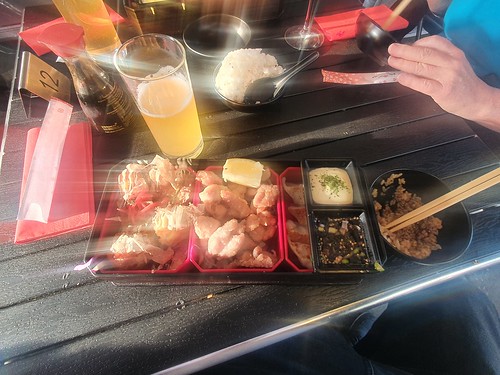 Slightly blurry unfortunately, this is the set menu of octopus balls, chicken Karaage and pork gyoza, which all had a depth of flavour. I can’t use chopsticks, I’m not that talented, but fortunately I was able to work around that problem. It was a popular restaurant, they struggled to find space to seat us (we had an outside table which was a little limited in terms of space) and we only had ninety minutes, but we were pleased at our choice as it was something a little different. The city itself was busy, it was a warm Saturday evening and Bristol so often seems to have a real energy to it which rather appeals to me.

The reason that some of us were lingering in Bristol was because there was a challenge event taking place in Wales the next morning (Offa’s Twisted Wye Kanter), that I had very bravely signed up to. Julie and Bill from the NEC were also walking the event, and Stuart was marshalling and food testing (which was a role I had tried to swap with him so he could go on the walk, but Dave wouldn’t let me).

I had a little stroll around Bristol to round the evening off, but thought I’d better get some sleep since of the heroic efforts that I knew lay ahead of me on the following day. But more about those on the next post.