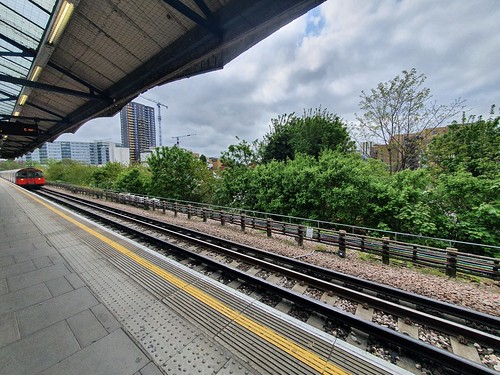 After a night at the Hounslow Ibis Budget where there were no further arguments with the staff, it was a short walk to Hounslow Central underground station to get a Piccadilly Line train into Heathrow T5. And a note about these transport photos which look a bit pointless, which is partly true, but I have very few from several years ago and these short journeys are easy to forget. Perhaps they’re easy to forget for a reason, but life changes constantly and as can be seen from the cranes in the background, the city landscape is evolving and something these are the most evocative type of photo. 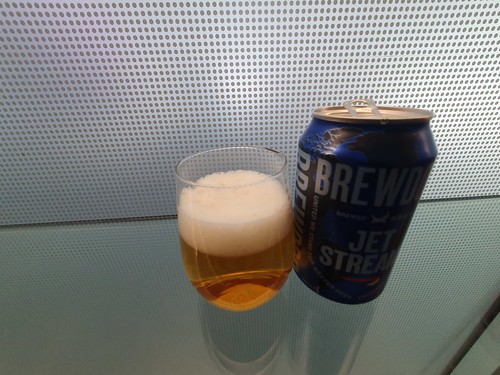 I arrived at the airport several hours before my flight, which British Airways probably don’t think is ideal as that gives me access to the food and drink in the lounge. I went through premium security which I’d add is solely because I clumped together a series of cheap flights in January 2019 which has managed to mean I still have silver status due to extensions. I crept in at the lowest possible level that gave me lounge access, and cheers to that with the Brewdog that’s now available. Anyway, I mention that security bit as I’m constantly amazed at how some frequent flyers manage to faff about in security for so long and if it’s some sort of mystery that the process exists at all. There was an annoyed looking woman who was having ridiculous sized liquids being removed from her bag, as if somehow she thought they might not notice. Fortunately, I wasn’t delayed on my route to the south lounge by this sea of confused passengers having items pulled out of their bags. 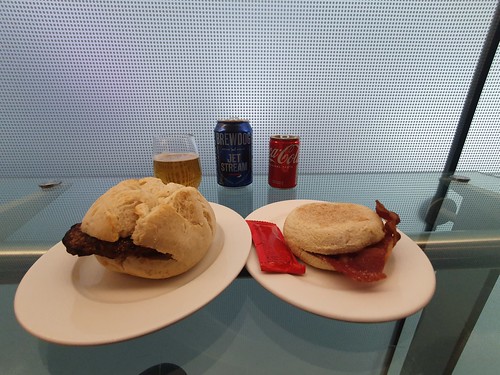 The breakfast options in the BA lounge aren’t particularly decadent, I’d need to work out how to get gold status to enjoy such treats, but they do have sausage and bacon rolls. From a practical point of view, the rolls have been designed to be artisan and hard, which doesn’t seem ideal but it sounds a bit petty to comment negatively on that arrangement. I meticulously took the fat off the bacon and had fond thoughts of the Cathay Pacific lounge that I can access when flying BA from Heathrow Terminal 3, and then had even fonder thoughts of the Qantas lounge next door to it which allows me to have Salmon Eggs Benedict and Calamari for breakfast. 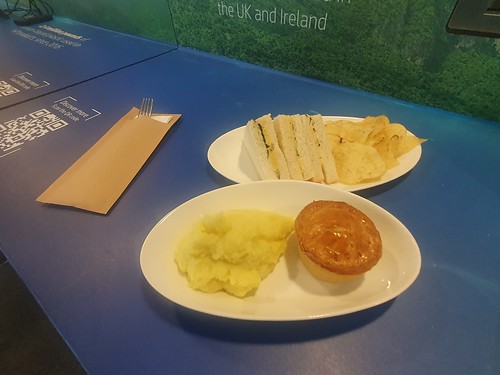 My friend Ross was coming to Barcelona with me, and we were meeting Bev over there, she was flying Ryanair from Stansted because she’s a self-declared woman of the people. Although she’s also constantly annoyed at Ryanair and I think it cheers her soul to have something to complain about. I was able to guest Ross in the lounge, but before then I had a steak and ale pie which really needed gravy, but the sandwiches were suitably delicious. 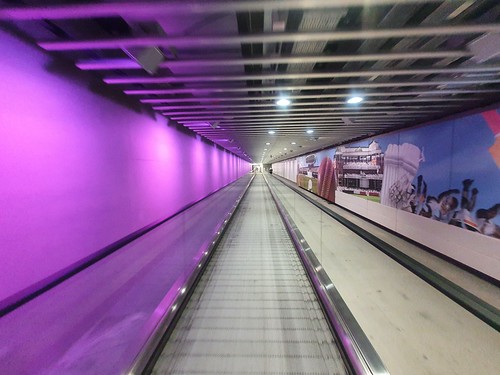 These are the tunnels that go between the main Heathrow T5 terminal (A) and the B and C gates, which are accessible to the public, but very few people use them. This reminds me that I should be taking my travel prodigy Dylan to Scotland on an aircraft from Heathrow later this year (absolutely nothing can go wrong here, this is another one of my very good ideas) and he likes travelators, so this will be a treat in itself as there are hundreds of metres of them. We used these as I was showing Ross the B gates lounge, but we knew that we’d have to come back from as the vast majority of domestic and international flights go from the main terminal building. BTW, if anyone wants to try this and doesn’t know about the tunnels then they’d have to soon find out about them, as there’s no way back on the train. 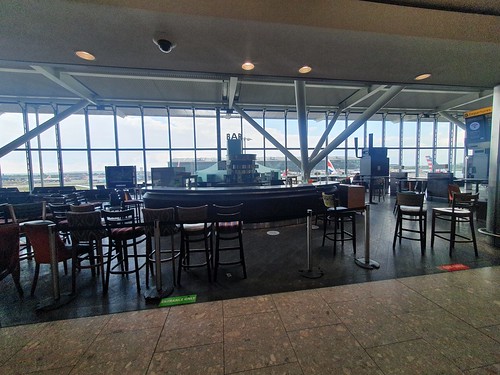 I don’t know whether the closure of the Wetherspoons at T5B is temporary or not, but it feels permanent as a lot of the equipment has been removed. I was never sure how this venue made money as passengers only ever had twenty or so minutes here before their flight, which makes the unlimited coffee offer a little redundant. 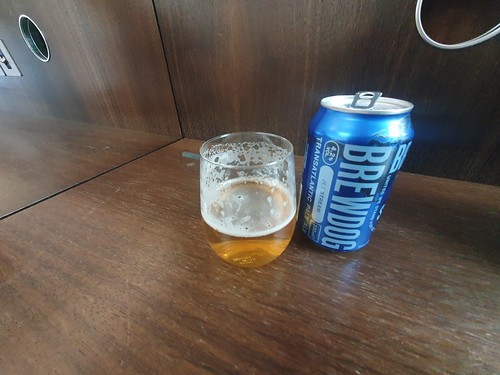 More Brewdog at B Gates. 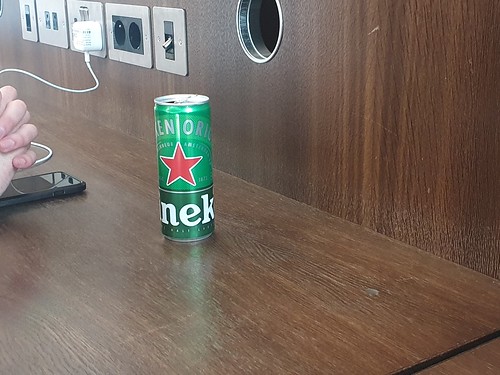 Ross went for Heineken and I made clear what I thought of that, whilst pretending I wasn’t travelling with him. Obviously everyone has their own views on beer and there’s no right or wrong as I accept some people like poor quality beer. 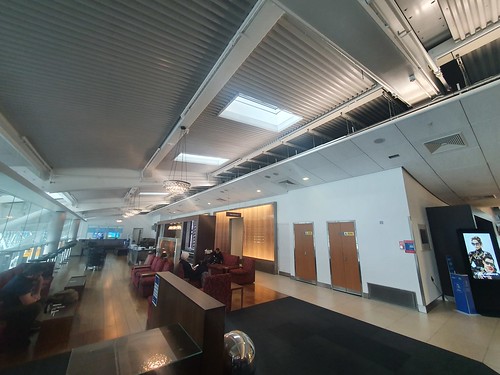 The B Gates lounge, which I’ve written about before. We wondered where our food had gone as it hadn’t been delivered for thirty minutes (but neither of us were going to say anything), but then a slightly put out staff member comes over to ask why we’ve ordered to the wrong table. Since Ross and I had ordered separately, we hadn’t ordered to the wrong table, but their delivery system had gone wrong somehow. She was having none of it though, continually coming back with some passive aggressive comments about how she was pleased we had worked it out. I don’t think for one minute she was being rude or angry, I think she thought we were idiots. Now, technically she might be right, but that’s a different matter. 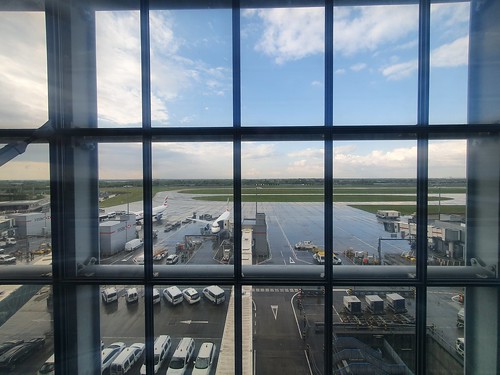 Back in the main terminal building, this time at north lounge. I was excited to see the travel writer Simon Calder in the lounge and I did think about commenting that I like his new TikTok series, but then I thought he might want some peace and quiet before his flight. 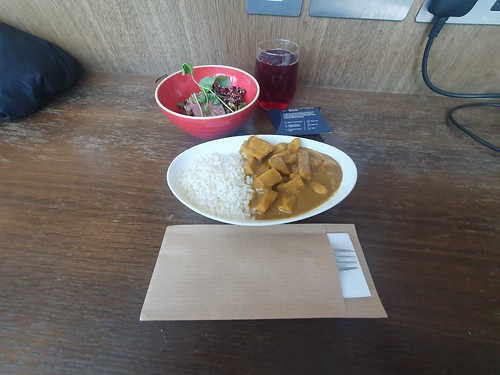 The chickenless katsu, which I’ve commented on before is fairly close to being like chicken. The portion size was far too generous, they’ve never been this liberal with the amount of real chicken they use on dishes such as this. 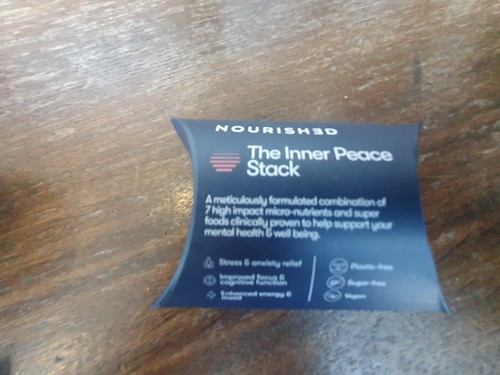 This is a little blurry, but you can order these with food, an inner peace stack sweet which is apparently packed with nutrients. They tasted pleasant enough, I’ll get these again if they still have them. Quite an intriguing idea from BA, I hope that they keep them in stock. 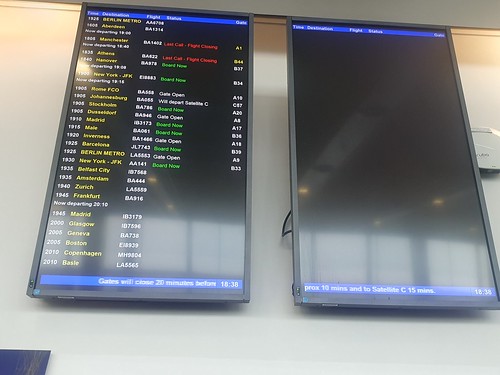 As I mentioned earlier, we came back from B Gates as it was nearly certain in my view that our flight would be from the main terminal. Anyway, to cut a long story short, we then had to go back to B Gates, so I rushed Ross along as I like to be early at the gate. This time we took the train and didn’t walk in the tunnels. 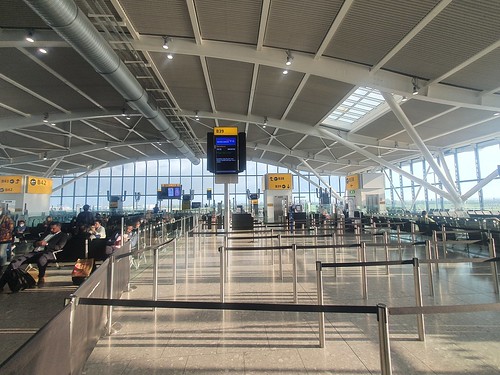 The gate, all clearly laid out and the boarding process was clear and well managed. 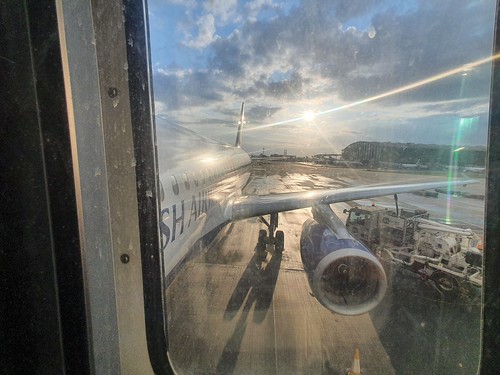 A quick peek of the aircraft from the air bridge. Unfortunately I’m writing this too late to work out what the aircraft’s registration number was, but I’m sure readers will manage to cope without that information. As an aside, I will catch up soon, I’m a couple of weeks behind with this blog…. 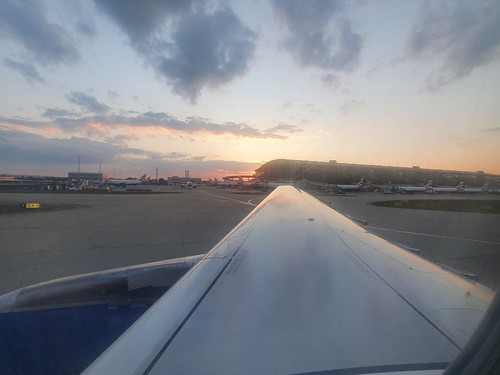 I got an exit row seat and after a slightly annoying 40 minute delay we were off. The flight was at near capacity, I suspect as another earlier service had been cancelled and so they had switched some passengers to this one. The pilots managed to shave off some of the lateness en route, which all helped my hope to arrive at the hotel before midnight. I got a little fortunate with my seat as I had gambled on one further forwards, but I got kicked back when the Club Europe cabin was expanded. I managed to get the 11E, a middle seat but on the emergency exit row, but then two friends came on board who had seats 11D and 11F and they politely asked whether I’d mind moving to 11F. This was most agreeable to me. 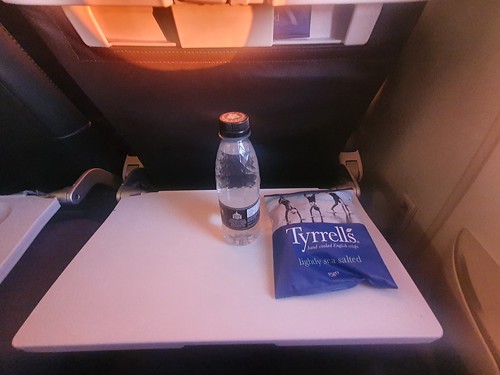 The in-flight snacks provided free by BA, which I don’t think have changed in the last two years. Still a useful touch though, although since flying with Finn Air I feel a need for blueberry juice whilst in the air. 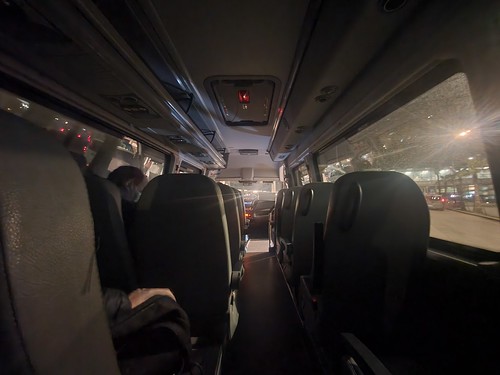 We had booked a cheap hotel and it was around a 45 minute walk after switching terminals, which didn’t seem ideal. I checked with the hotel in the day that we could check in late and then it became clear to me that there was a free shuttle bus to avoid any walking at all. The instructions were clear, but I didn’t quite believe how easy it would be to get this shuttle bus as I’ve had prior experience with this sort of thing. All was well, as although they only go every 40 minutes, we lucked out and only had a wait of a few minutes. I did suspect that we were on the wrong shuttle bus for a short while, but I felt like an adventure and just risked it. It was a relief to arrive at the hotel that I had booked though to be honest. 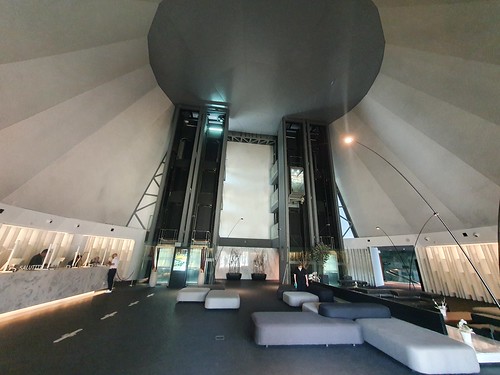 The hotel reception, we hadn’t realised how decent this accommodation option was, a four star hotel which had a touch of class and efficiency about it. Slightly puzzled at just how easy it was, I messaged Bev to find she was safely in her Barcelona accommodation and had formed some odd friendship with the hotel staff member where she was staying. It all boded suitably well for our first full day in Barcelona.