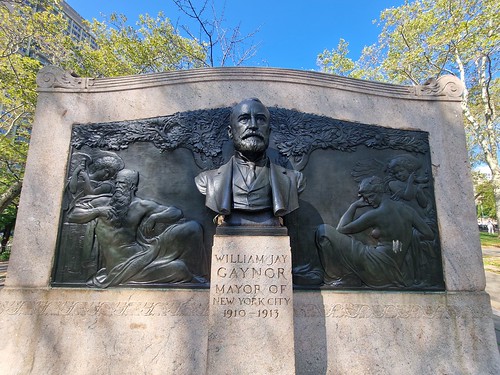 This bronze bust is located in Cadman Plaza in Brooklyn and commemorates the life of William Jay Gaynor, the Mayor of New York between 1910 and 1913. Gaynor was seen as a good man who was a reformist visionary, particularly in the area of criminal justice.

The memorial, made from pink Milford granite, was designed by Adolph Alexander Weinman who was also responsible for some of the sculptures at Pennsylvania Station,a location which might have perhaps been seen as one of the architectural wonders of the modern world. Some of Weinman’s works were saved, but it was the photo of one his works, Day, in landfill that was an important trigger to salvage even more. As a random aside, it was the disastrous incompetence of Stuart T. Saunders, who ran Penn Central which demolished the station, and he died in Richmond which is where I’m writing this blog post. Saunders also sought to destroy Grand Central railway station, but good men and women were able to thwart his aims. Anyway, I’ve digressed again. 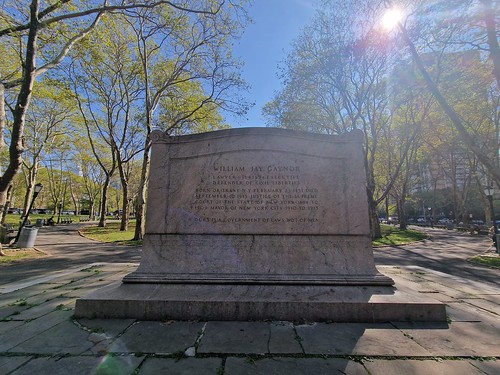 The rear of the memorial. Anyway, the reason I started on this post was not to complain again about the demolition of a beautiful railway station, but it was to comment that there’s a famous photo taken just after a politician was nearly assassinated. And that photo is of Gaynor, although he somehow survived and had bits of bullet in his neck until his death a few years after the assassination attempt in August 1910.

And there’s the photo, with Gaynor rather obviously the one in the middle.